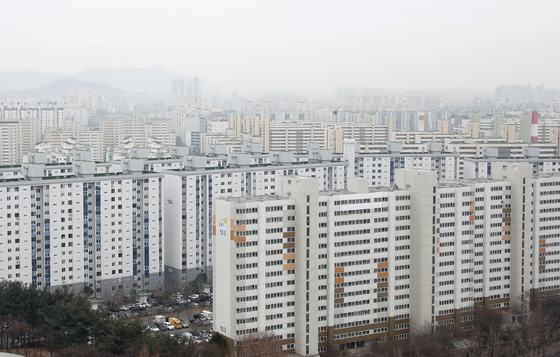 
The number of real estate transactions by foreigners hit a five-year high last year, and half the buyers were Chinese.

According to a report submitted by the Ministry of Land, Infrastructure and Transport to the office of Rep. Kim Sung-won of People Power Party (PPP) on Tuesday, there were 26,836 real estate transactions by foreigners last year worth around 11.2 trillion won ($10.1 billion).

Analysts have wondered whether government measures to cool the real estate market would have an effect on foreign buying.

The number of transactions by Chinese was highest in the capital area at 10,793. Chinese buyers favored the southwestern regions of Seoul, including Guro, Geumcheon, Yeongdeungpo and Gangseo districts.

Some analysts said foreigners were not as affected by the government measures to cool the market. For instance, Korea's regulations on multiple homeowners do not affect foreign buyers of real estate.

“Foreigners are capitalizing on the opportunity [to buy real estate] while Korean citizens are tied up due to the government’s real estate restrictions,” Kim said. “I want to avoid the situation where Korean citizens need to pay rent to Chinese homeowners.”