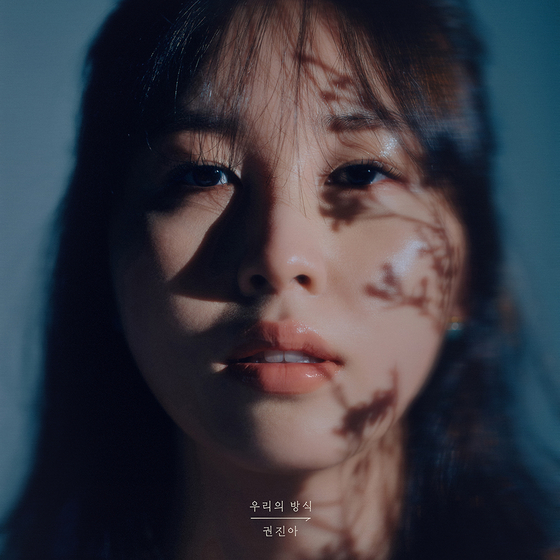 The album cover for singer-songwriter Kwon Jin-ah's new EP "The Way For Us" (2021). [ANTENNA MUSIC]


Singer-songwriter Kwon Jin-ah, known for her signature sentimental ballads, said she expanded her music to different genres for her new EP “The Way For Us,” which dropped at 6 p.m. on Thursday.

Kwon explored a variety of genres for the six tracks on “The Way For Us,” all of which she wrote and produced. “I tried to express everything inside of me and that naturally came out through different genres,” the singer said in an email interview with the Korea JoongAng Daily on Tuesday. “My previous full-length album was mostly comprised of ballads, but this time there’s going to be some fun in the variety.”

Kwon first caught the public’s attention with her vocals in 2013, when she was a contestant on the third season of SBS’ audition program “Kpop Star.” After coming in third place on the show, she went on to join Antenna Music, an entertainment firm founded by singer-songwriter You Hee-yeol. 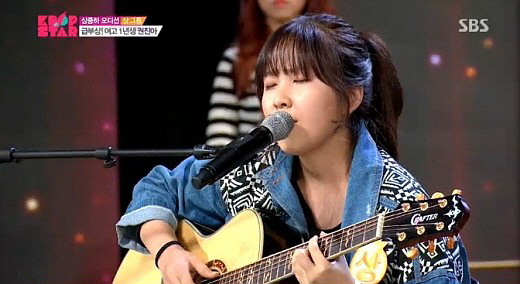 
The singer was no stranger to the music industry before her official debut in 2016, releasing “Eyes On You” (2014) which featured on the soundtrack of the 2014 SBS series “You’re All Surrounded” and also featuring on You’s 2014 song “She Said.”

She debuted with “The End” (2016), the lead track of her debut EP “One Strange Night,” on the KBS show “You Heeyeol’s Sketchbook” in 2016, marking her first official performance as a singer. Since then, she has released well-known songs including “I Got Lucky” (2019) and “Something’s Wrong” (2020). 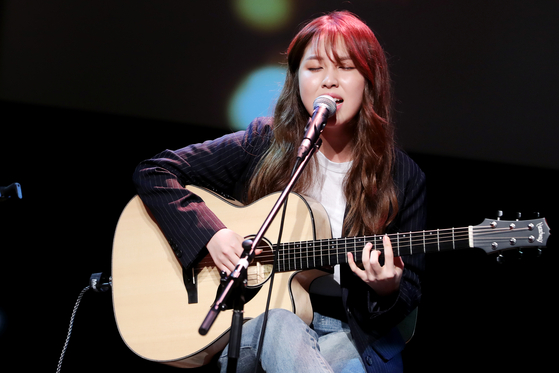 Kwon's first official preformance as a singer was on the KBS show “You Heeyeol's Sketchbook” in 2016, performing her debut song "The End" (2016). [JOONGANG ILBO]


“The Way For Us,” Kwon’s first physical release in 17 months since her second full-length album “Shape of Me” (2019), is also her first time taking on the task of main producer.

“I’m still very shy to call myself a producer,” said the singer. “But I’ve gained a different perspective after my experience.”

Kwon introduced her new EP as “a collection of short stories.”

“Each song is a different story, but I am the narrator in all of them, talking about my emotions and thoughts regarding my relationships with people,” she said. “That’s how I came up with the concept of this EP as ‘a collection of short stories.’ The lyrics contain my feelings and experiences.”

A clip from the teaser for Kwon's music video for the EP's lead track "Good Bye" (2021), released on YouTube on Feb. 16. [SCREEN CAPTURE]


“I put work into every single track so that the album leaves a lasting impression on the listener,” Kwon said. The singer added that she put in “extra effort and heart” for the EP’s first and final tracks, “The Way For Us” and “Traveler” (translated.)

Kwon wanted the EP to be a concert-like experience for listeners, since the Covid-19 pandemic has made in-person performances difficult.
“I arranged the tracks so that the EP feels like being at a concert,” Kwon said, “Please keep that in mind as you listen.”

Her lead track “Good Bye” is about letting a loved one go despite the pain.

“As usual, I advise listeners to focus on my lyrics,” she said. “The lyrics are calm, but I sang them sorrowfully.”

“Many of my songs are about breakups because I think that’s the most painful and difficult emotion anyone can experience,” Kwon said. “People may think my songs have similar topics because they take the form of love songs, but they’re actually based on thoughts about myself.”

The singer said she also draws inspiration from various sources.

“I get inspiration from everywhere, talking to people or watching movies and TV series. But my greatest inspiration is within myself,” Kwon said. 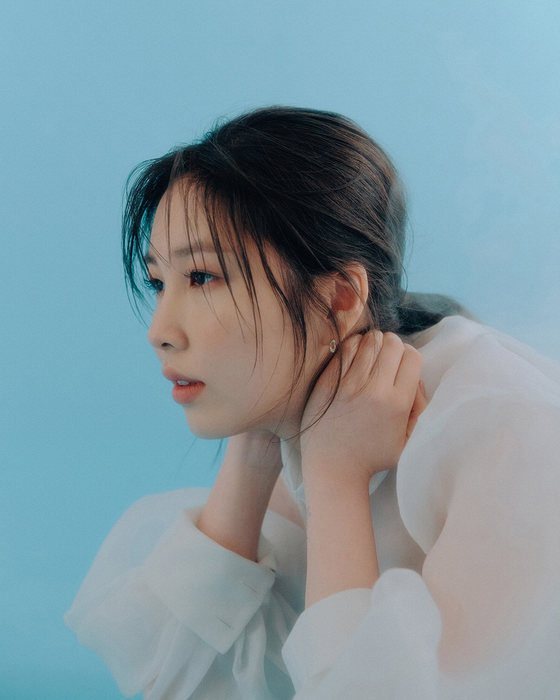 
When asked about her plans for the future, the singer said she hopes to continue expanding her repertoire to other genres.

“I don’t see it as a challenge because a lot of different genres are already in me,” she said. “I want to show the audience those genres, one by one. I personally listen to R&B and hip-hop the most, so I want to create something in that genre one day.”

As a singer known for her vocals, Kwon also shared her tip for taking care of her throat: Having a regular lifestyle and eating heathy, or at least trying to do so.

The singer thanked her fans for their support, and also for patiently waiting for her to release new music.

“I have long hiatuses between albums because I am full of worries and thoughts,” said Kwon. “I have so many things I haven’t shown yet.

Whenever I have the chance, I want to meet the audience on stage and through my music [...] I’ll strive to continue singing stories in my own way.”