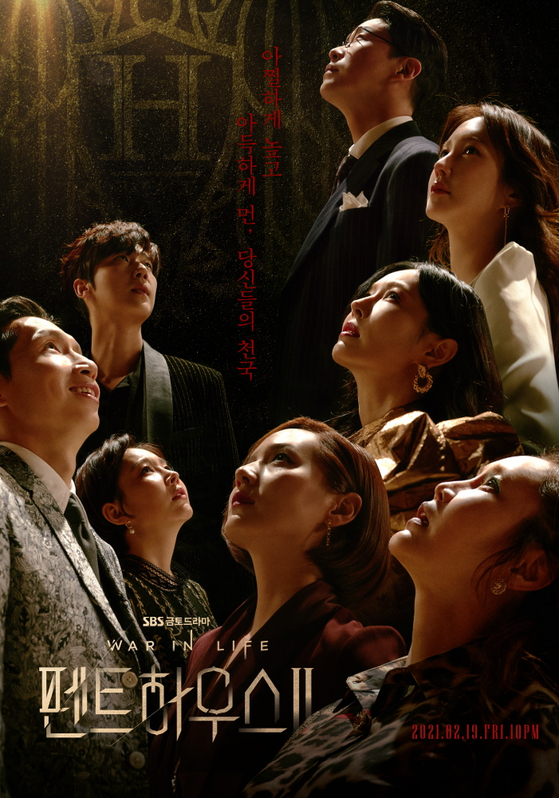 The poster for ″The Penthouse 2″ [WAVVE]


Local OTT service wavve will livestream a press conference featuring the star-studded lineup of actors set to feature in the second season of SBS's popular drama "The Penthouse: War In Life" on Friday at 2 p.m.

"The Penthouse 2" will air its first episode on Friday night, once again telling the stories of the glamorous - and murderous - residents at Hera Palace, a fictional high-end apartment complex filled with dark secrets.

Director Joo said on Wednesday that he has made "the second season even more compelling," asking for viewers' support.

Actor Yujin, who plays the once-esteemed soprano Oh Yun-hee and main character of the story, will be taking part in the press conference as well as Kim So-yeon, Uhm Ki-joon, Bong Tae-gyu, Yoon Jong-hun, Park Eun-seok, Yoon Joo-hee and Ha Do-kwon. The M.C. will be comedian Park Seul-gi.

The first episode will air on Friday at 10 p.m., and will become available on wavve at the same time. The drama will air every Friday and Saturday.

The Penthouse War In Life wavve