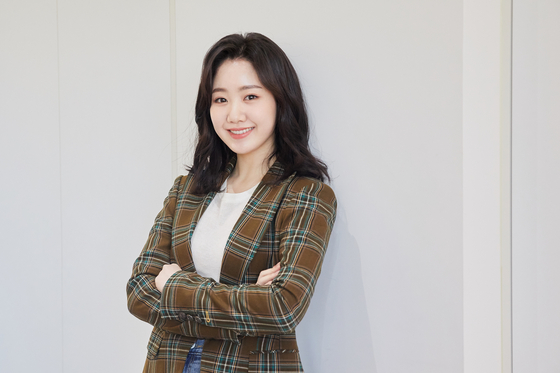 
Actor Jin Ji-hee took on a mischievous role once again in the just-ended SBS drama “Penthouse,” more than a decade after she took a role in the 2009-10 comedy “High Kick Through the Roof.”

In the first season of the drama, the 22-year-old actor with 19 years of acting experience played a high school student who often harassed fellow students. But the final episode signaled that her character may be set for some changes after she offered a sandwich to a friend who helped her as a token of gratitude.

“People may see the character I’m playing as being similar to the role I played in ['High Kick'], but there are other aspects to this character,” said Jin in an interview with Ilgan Sports, an affiliate of the Korea JoongAng Daily.

The drama shows the lives of families who live in a luxurious town called Hera Palace and their struggles to make more money and provide the best education they can to their children.


Why do you think "Penthouse" was so popular?
There are so many factors that had made the drama popular. I think the combination of three things — the director’s directing, the screen writer’s writing and the actors’ acting — came together in harmony to make the drama so loved. The director listened to all the ideas from the actors on the set and the writers gave us detailed feedback on our acting to make the show perfect.


Is your character an evil one or a good one?
I think she is someone who’s very expressive about her feelings. I think she has her own charm. I didn’t want her to come across as too evil, and that’s how I acted.

Wasn’t it difficult to play the role of a character that seems evil?
I did talk to the director about it. I was scared that people might see her as too cruel. But the whole thing was possible because she was one of the Hera Palace children. I tried to show how guileless youngsters do evil things without having the character look atrocious.


Is it true that playing an evil character makes the actor uneasy?
If there’s a scene of me pushing or hitting others, I really feel bad. And we have to really be genuinely feeling that atrocity inside to act in the scene, even if what we do is acting. It really made me feel uncomfortable as it feels like I’m [hurting] others. It’s not about physical difficulty, but a lot of pressure mentally and psychologically.

How was it to act alongside Shin Eun-kyung, who plays your character's mother in the show?

I was worried as much as I was excited. She watched me and she tried to fit to me accordingly. Thanks to her, the audience commented that the mother and daughter in the drama seemed like a real relationship. The chemistry was good.


What was it like to be part of an R-rated drama?

When I first got the script, it was PG-15. But when it went on air, the rating changed. Some scenes were updated as we tried to deliver all the details to the audience.


Did many people ask you about the plot?
I once went to a pharmacy while the filming was still going on. The pharmacist recognized me and asked me whether Oh Yoon-hee really killed Min Seol-a. Even my friends and acquaintances asked me how the drama would end. But every time, I told them I can’t tell them because I made a promise to the director. So many contacted me after the last episode went on air, and that gave me some sort of excitement.

The drama was filled with lots of twists and turns. Did all the actors know about the plot?
We didn’t know until we got the script. Usually we got two or three at a time, and each script has some real turn of events. I was really shocked with all the evil things characters do in the beginning of the drama. I really thought a lot about how to act. I was also really shocked when I found out who the killer was at the end. The writer really wrote things that go beyond my imagination, and each time I read the scripts, I kept on thinking the writer is really the best.

Was there an impressive scene you remember?
I really got goosebumps when I watched actor Kim So-yeon playing the piano. All her emotions were layered into her acting. She was almost going crazy as she played the piano. The group chat among the actors who play the children of Hera Palace was buzzing [talking about the scene after it aired]. Later, I do want to take on a role like Kim played — a real cruel, evil character.

What other roles do you hope to take on?
I want to play a detective in an investigative drama. I want to take on more diverse roles and become an actor that always takes on a new challenge. I really have a big passion for acting. I’m never greedy for anything, but acting is something I really want to do well and do a lot. I want to express emotions in a way that the home audience can just buy in. I try to act in a way that I would never regret later on.

Don’t you want to evolve from the image of a teen actor?
I did think about that before. But now, I’m up for roles that I make a good fit for. I should not try to get out of the roles that I can do because I’m at this age.