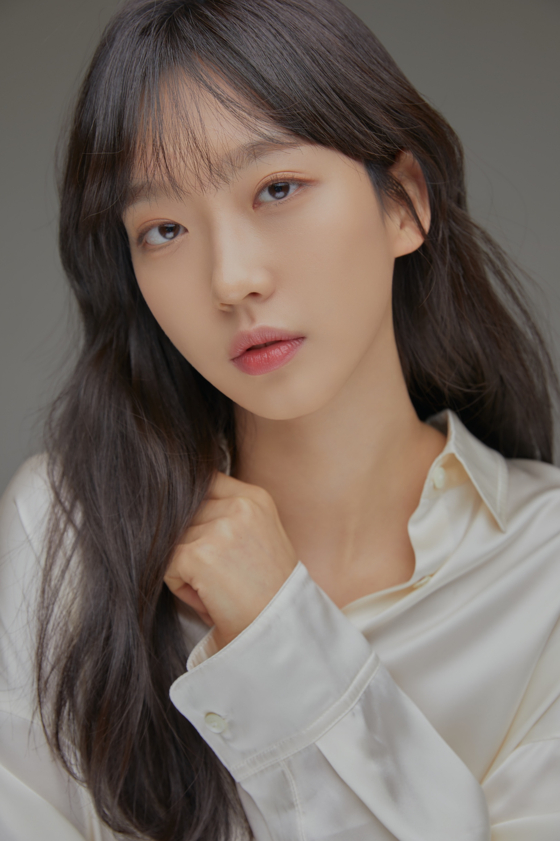 
You know someone is a good actor when their usually cheerful self completely transforms into one of the most evil characters in a show, and Han Ji-hyun of SBS drama “Penthouse” does just that.

Until she came under the spotlight thanks to the drama, all Han did for about three to four years was apply for auditions.

She got the part in “Penthouse” after she auditioned for the evil character Ju Seok-gyeong and another character named Bae Ro-na. After she read lines for both parts, the director made the call that she is a better fit for Ju.

Ju Seok-gyeong, who would do anything to rise to the top, brought Han her newfound popularity. She now has avid fans from Korea and overseas that follow her on social media.

The talent, who fell in love with theater acting as she studied the major in college, shared more about how she got to pursue a career in the entertainment industry and how she was doing in the drama that brought her to fame.


Q. Why did you prefer plays?


A. I just feel that theater pieces are so charming. I didn’t film many movies in college, and I was all about plays. It was so much fun performing in plays with friends. At that moment, I didn’t find any fun in acting according to a director’s commands, but “Penthouse” let me discover why [dramas and movies] are charming. Now I dream about being in a movie, too.


Had you always wanted to become an actor? 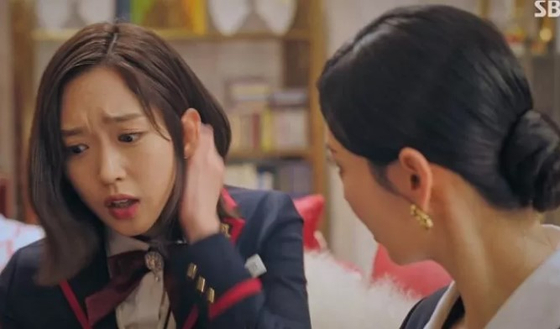 
What did you learn on the filming set?


There was so much to learn. I got to learn a lot as I observed how other senior actors act on set. I thought a lot about what I should do as I watched them in action. Using your eyes and perfecting the timing to synchronize with your partners [on set] are some things I learned from other actors and what helped me grow.


What does it feel like to play a character that uses violence against other students at school?


I tried to be as cruel as possible. My character is someone who doesn’t know how to control her anger. She is someone who lets those emotions out on others. She doesn't think she's doing anything wrong, and that’s what I tried to tell myself when playing the character. I had to be in the mindset that I didn’t do anything bad, but everyone else is just pushing me to the edge.


Did it feel burdensome acting out a scene involving school violence, seeing as it is a real issue?


As we filmed for the second season, a lot of controversy rose in regards to school violence imposed by celebrities. I think this drama also made many think again about that subject.


How different are you from the character you play?


We are different. If I were similar to Ju, I think I wouldn't be able to act now, as I would be in the center of the school violence controversy.


For the first time in my life, I tore up books and smashed a cello. It was very weird to throw things and break things. I know it's a compliment that the audience said I looked so natural, as if I had done such actions many times before, but I did them for the first time in the drama.


Were the cast ever surprised when they got their script?


Yes. We were all shocked as we read the scripts. We would question who dies and who survives. Each time I got the script, the first thing I checked was whether my character dies or not, since no one would be surprised to see her die in any circumstance.


What’s going to happen in the third season?


Am I really going to be in season 3? (Laughs) I want her to stay evil. She has already done so many bad things. You can't just move on after having done all that. Even if the character were to feel sorry, I may need some time to convince myself that she really is sorry. I want her to just go all the way and pay for all her actions big time in the end.


Do you feel that you are now recognized by the public?

I like that people ask me to give them my autograph, and I like that people pay attention to what I do. I like it so much, and I am so thankful. I like reading all the comments I get online. When people get angry at my character, I take that as a compliment of my acting, so I feel good. At the same time, I feel like I need to do better and also be cautious. Becoming a better actor is a must.


Does this all feel overwhelming?


Sometimes I wonder if I could handle all the attention that's fallen on me. I thought it would just be like a few waves, but what I am getting is a hailstorm. I also debate how I can give back to fans. I really hope I can continue to be a good actor in the next work I get to do.


Do you have any plans after “Penthouse”?


I am not sure yet. There is so much I want to show. I want to do some romantic comedy and also want to do a historical drama as I love hanbok [traditional Korean clothing]. If I were to compare my life with a scene in “Penthouse,” I have just got in the first floor looking at a fountain there. [I still have a long way to go.]