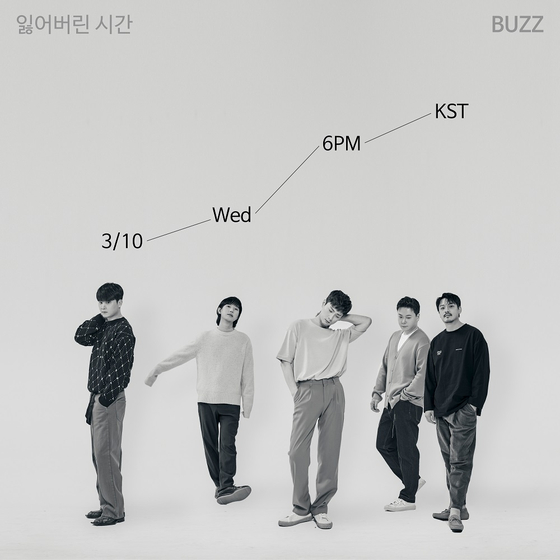 
Rock band Buzz will release its third mini album "The Lost Time" on March 10, according to the band’s agency Long Play Music on Tuesday.

The band’s members wrote the music and lyrics for all the tracks, while composers Lee Sang-joon and Cha Gil-wan – who are behind Buzz’s hit songs "Love Comes From the Heart" (2005) and “You Don't Know Men” (2006) – served as producers.

The album features six tracks including the lead song “Analog.”

“[Buzz] focused on the message they want to convey,” said the agency. “Their songs will give comfort and empathy to people all around the world who are going through a chaotic time.”

“Unlike the past, now I wish [our] songs with clear messages become popular,” said the band’s lead vocalist Min Kyung-hoon. “We focused on the lyrics for this album, and we wanted to convey a more mature message.”