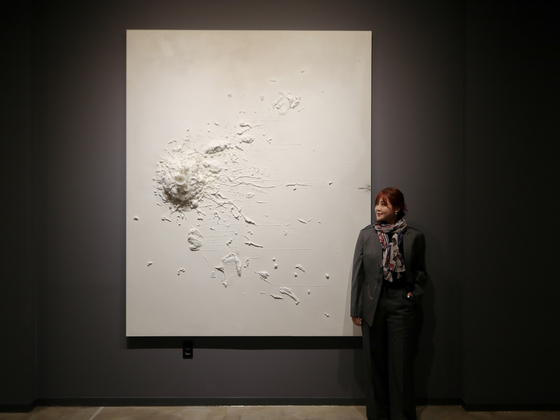 Artist Kwon Ji-an, who is also known as Solbi, kicked off an exhibit at Gallery Insa Art in central Seoul on Wednesday. [M.A.P CREW]


Artist Kwon Ji-an, who is also active as singer Solbi, kicked off her exhibit “Just a Cake-Piece of Hope” on Wednesday at Gallery Insa Art in Insa-dong, central Seoul.

The exhibit showcases some 30 pieces of two-dimensional and three-dimensional paintings as well as sculpture, which all take their motif from cake.

According to her agency M.A.P Crew, it’s her first exhibit after she was embroiled in a plagiarism controversy last December. She posted a picture of a colorful cake she had made with the caption “I made this cake in my own way,” which quickly came under criticism for plagiarizing artist Jeff Koons’ famous sculpture "Play-Doh."

Following the backlash, Kwon edited the post saying that her cake was inspired by Koons’ "Play-Doh" and was not for sale. 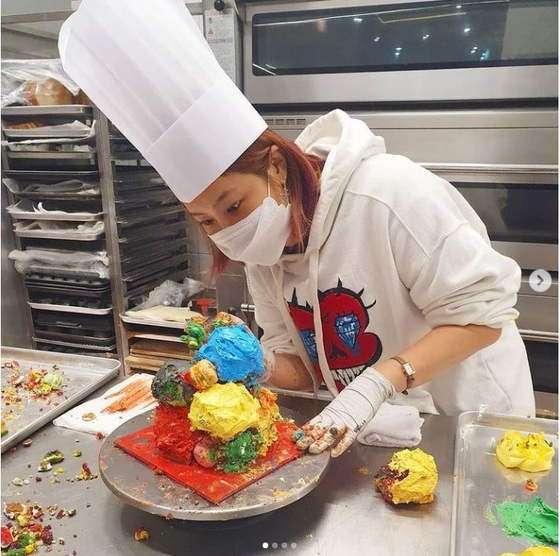 
The problematic cake, which has been stored in a freezer, is also on display.

“This exhibit shows work in which a formative object and a story process are added through the performance of the artist inserting the candle and burning it,” said Choi Hyung-wook, curator of the exhibit. “The artist’s wounds from the plagiarism controversy and cyber bullying appeared as the basis of the work.”

The exhibition will run through March 8.