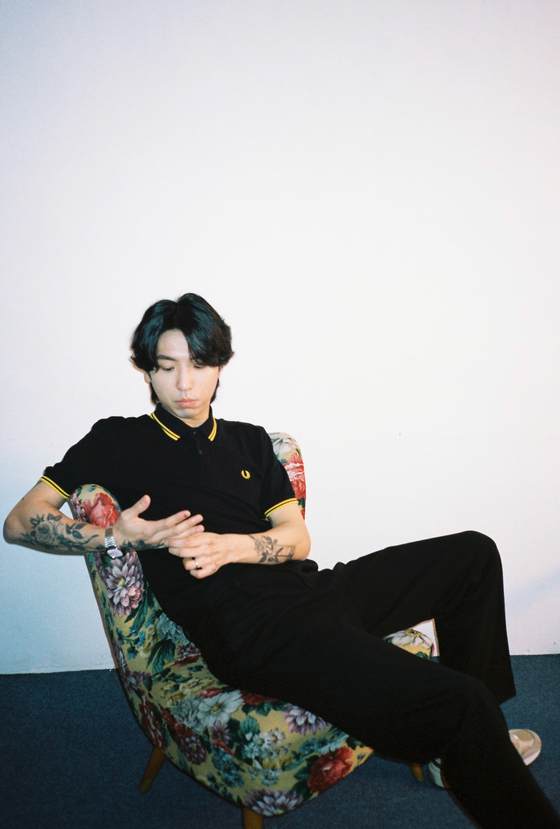 
Producer and singer-songwriter Cloud dropped his first full-length album “With a Lot of Exaggeration“ last Thursday, but the first thing he said as he sat down for an interview with the JoongAng Ilbo, an affiliate of the Korea JoongAng Daily, was not what you might expect.

“I’ve never actually liked singing,” Cloud admitted. “People who sing do so every day, but I only sing when I have recordings and it makes it harder for me to do it well. But I did want to make an album to show everyone what kind of a person I am. It feels amazing that this is my first [album] in 10 years.”

Thirty-year-old Cloud, whose real name is Koh Hyung-seok and stage name in Korean is Gureum, started his career as a keyboard player in rock band Bye Bye Badman in 2011. He then formed indie band Cheeze with singer Dalchong before parting ways to work on his own. He mostly worked with singer Baek Ye-rin, producing her songs, then formed the band The Volunteers with Baek, Johnny Kwak and Kimchiheon in 2018. This album marks the first time he's gone completely solo. 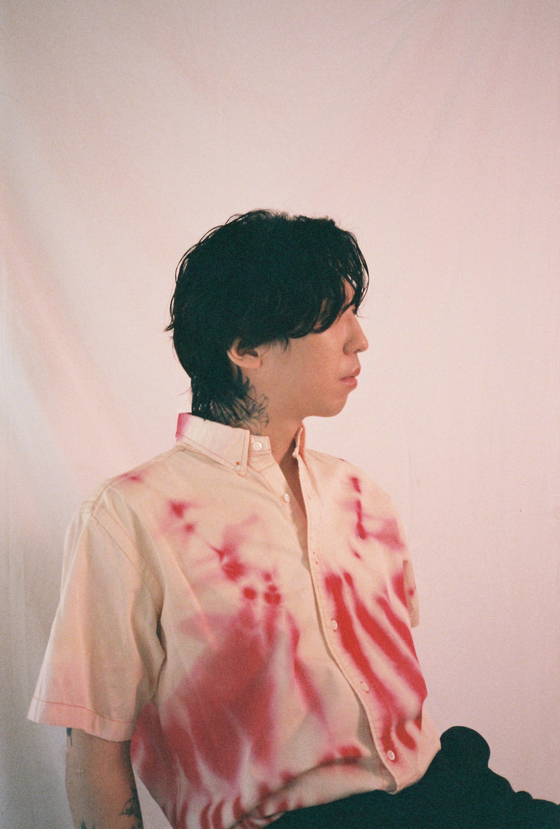 
For Cloud, music came naturally. He played in a band with friends that he met at recording studios in high school before forming his own group with fellow students he met while studying music composing at Dong-ah Institute of Media and Arts.

He described himself as “amicable,” not only to people but also to the various styles of music each of the different bands pursued. He didn’t “quite capture the Brit-pop mood” but went along with it and thought it was amazing that people listened to Cheeze’s “overly cute melodies and overly bubbly style.”

“I’m glad that I was able to experience diverse genres,” he said.

The thirst for his own album ironically came  from gaining fame as a producer with the songs he made for others. Cloud has worked on all of Baek’s albums, including her solo debut “Frank” (2015) and her latest album “tellusaboutyourself” (2020), as well as Giriboy’s second full-length album “Sexual Perceptions” (2015) and Hong Dae-kwang’s fourth EP “And You?” (2017). He described his past work as having given him “new energy.” Between November 2016 and March 2017 he released four singles of his own.

“I was going to take some time off because I felt like I was at the end of my physical and emotional limits,” he said.

“But I didn’t know that it would take four more years to come up with an album.” 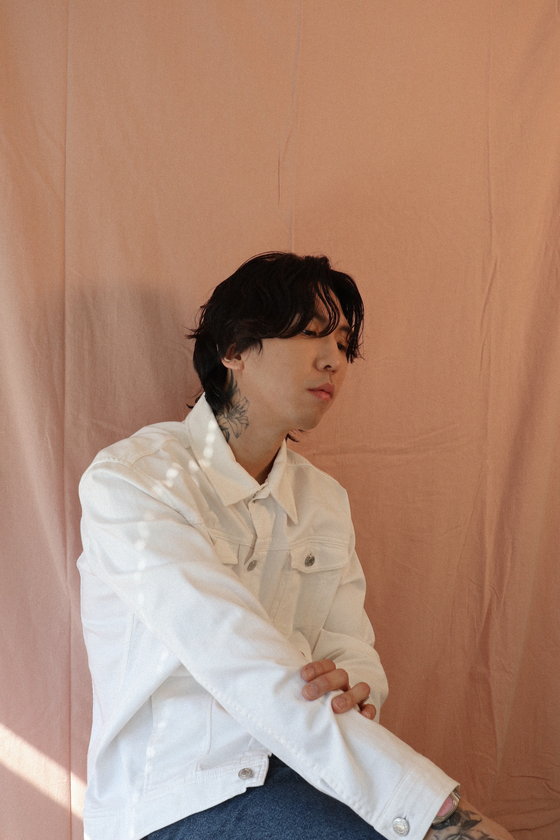 
The album features nine tracks, all of which he has worked over his years in the industry. The title track “With a Lot of Exaggeration” was finished most recently and is a subtle and peaceful song. It strays far from the spicy sounds or fluttering feelings heard in his past bands, giving listeners a soft sense of consolation.

“I’m not sure about others, but I always like the song that I made last, the best,” he said. “It feels like that song is the ‘freshest’ portrayal of my current state of mind. I’m used to the songs I’ve written in the past because I’ve listened to them so many times. I do come back to listen to them now and again, though. I’m not good at making things up so I’m inspired by the things I experience in my real life and I think I’m just the right amount of depressed and happy.”

Cloud compared making a song to cooking, the secret to which is “new spices.”

“When I’m making a song for someone else, I make it to the highest possible quality then serve it. A lot of different people’s opinions need to be accounted for so the whole process is complicated,” he said. “But when I like my song, nobody asks for changes. I can work fast as if I’m ‘blanching.’”

“I like metal and techno music and don’t listen to many popular songs, so I’ve heard people say that I write weird songs. The pitch can suddenly escalate or drop. I enjoy change. I think people think it’s fun to experience something with new spices, not the ones they already know,” he said. 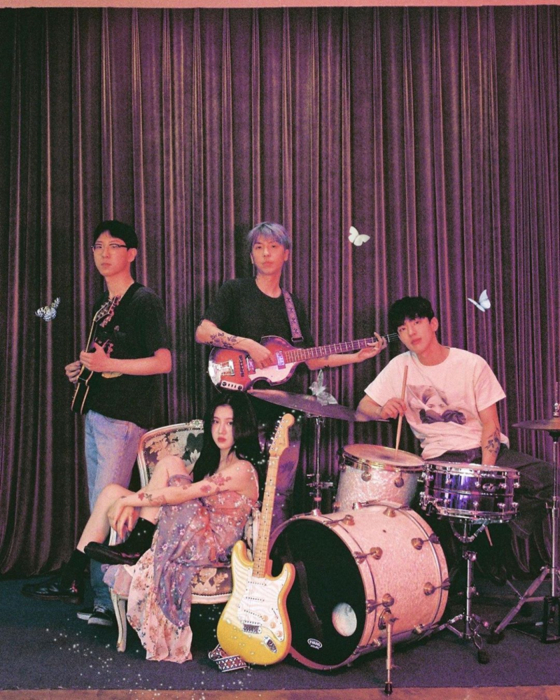 
Cloud recently joined Baek’s agency Blue Vinyl, which she established after parting with JYP Entertainment in 2019. Baek made her debut in 2012 under JYP as part of a duo named 15&, along with Park Ji-min. Some of Baek’s hit songs include “Across the Universe” (2015) and “Bye bye my blue” (2016). Last year, she won three prizes at the Korean Music Awards for her 2019 release “Every Letter I Sent You.” While Baek took charge of composing and writing her own songs, Cloud helped out with the composing and took the lead on arrangement.

“Not much has changed, because we’ve been working together for so long,” he said. “But I call her ‘Boss Baek’ now [laughs].”

The two are currently working on an album for their band The Volunteers, set to drop within the first half of this year.

“Different people have different standards for what counts as ‘singing well,’” he said. “There are people with strong voices and others with unique texture. But to me, Ye-rin is the best singer there is. You can give her anything and she will make it hers. Her musical style is very progressive, too, so I’ve learned a lot from her. She listens to music and interprets it in a totally different way from me and that broadens the horizons of my imagination.

“I fell for rock after listening to Avril Lavigne, but I started working with her because I thought Baek Ye-rin’s rock would be different. I like to say that it’s not the strongest who survive but the ones who can change. I think it’s the same with music. I think that the constant urge to change is my biggest motivation.”