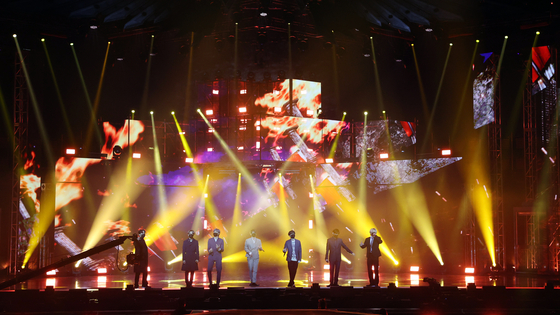 Boy band BTS will perform at the 63rd Grammy Awards on March 14, according to the Recording Academy that organizes the award. BTS is also one of the nominees for the the awards.

It is the first time for a Korean artist to perform as a nominee. Although BTS did perform at the 62nd Grammys, the band at the time was not a nominee. This year BTS was nominated for the Best Pop Duo/Group Performance award for its hit single “Dynamite” released in August.

“It’s going to be a dynamite performance!” said Recording Academy on its social media as it announced the Korean band’s upcoming performance.

“Watch BTS bring the fire and set the night alight at the Grammys. You don’t want to miss their performance.”

Due to the pandemic, it is expected that the BTS's performance will be recorded locally, according to JoongAng Ilbo, an affiliate of the Korea JoongAng Daily.

In Korea, music channel Mnet will exclusively stream the event live from 8:55 a.m. on Monday.
Radio DJ Bae Chul-su will be hosting the event, as well as another music critic and a translator. Live streaming will be available through Mnet and Tving.