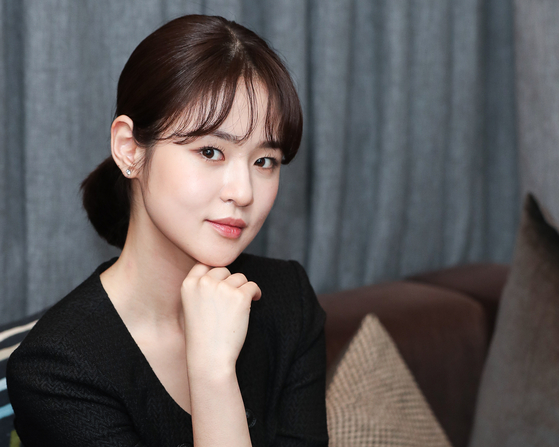 
Actor Shim Eun-woo, who gained popularity after starring in the mega-popular JTBC drama series “A World of the Married” (2020), is the latest in a string of celebrities to be embroiled in bullying allegations.

An anonymous netizen posted in online community Nate Pann on Monday evening that she had been bullied by Shim when she was in seventh grade in middle school.

In the post, the accuser claimed that Shim ostracized her from her fellow classmates, eventually leading her to transfer to another school in ninth grade.

“I don’t ever want to see her [Shim’s] face ever again, it pains me,” the accuser wrote. “I will provide evidence if [she says she] doesn’t remember.”

In an official statement Tuesday, Shim's agency NUNA Company said that the accusations were “groundless.”

“It’s true that Shim wasn’t on good terms with a friend after they had a fight,” the agency said. “But [Shim] wasn’t a bully and never did anything illegal such as inflicting violence or taking money or valuables [from her classmates]. She has never bullied or ostracized a fellow classmate.”

The actor debuted through a 2015 short film “Two Sisters.” She is reported to be preparing for her upcoming role in the JTBC drama series “Fly High, Butterfly” (translated).

Shim Eun-woo A World of the Married bully allegation