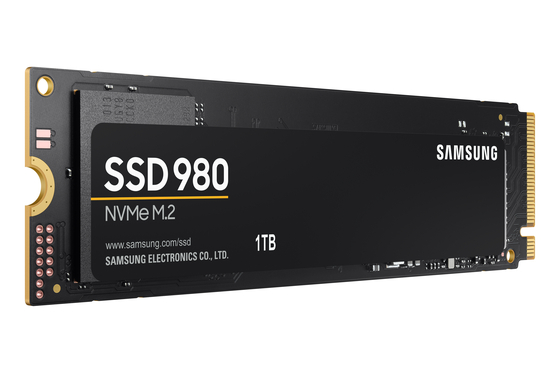 The new 980 NVMe will be available in three models – 250-gigabyte, 500-gigabyte and 1-terabyte - and will be offered in about 40 countries, including the United States, Germany and China.

As most DRAM-less SSDs are cheaper than SSDs equipped with DRAMs, the newest SSD will be relatively cheap.

“The 980 offers an excellent blend of speed, power efficiency and reliability, making it suitable for everyday PC users and gamers as well as content creators,” said Lee Kyu-young, vice president of the memory brand product business at Samsung.

Generally, DRAM-less SSDs are slower than the DRAM-equipped version. However, Samsung said it used a technique designed to link the drive directly to the host computer's DRAM, to overcome a disadvantage in speed while reducing cost.

Also utilizing its latest sixth-generation V-NAND, as well as optimized controller and firmware, the chipmaker said the 980 SSD offers sequential read and write speeds up to 3,500 and 3,000 megabytes per second, respectively.

The latest SSD features improve power efficiency of up to 56 percent when compared with the previous 970 EVO, it added.