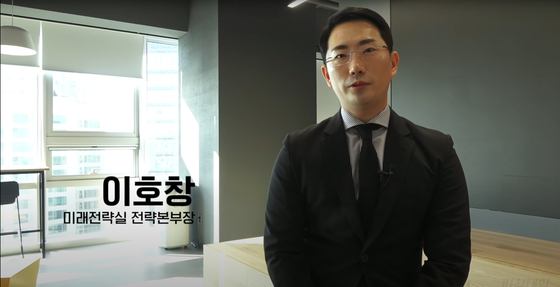 
Korean comedians and singers are rushing to jump on the ever-evolving trend of developing “multi-personas” — alter-egos that each portray a different character.

After the long-running KBS show “Gag Concert” (1999-2020) ended last year, and comedy shows on television declined in general, many comedians became virtually jobless. They turned to YouTube, building careers not only as their comedian-selves but also as various other personas. Often times, a fictional persona or bukae, which means side character in Korean, becomes more well-known than the actual comedian.

Last month, YouTube Korea’s first issue of its newsletter “YouTube Trend” introduced the multi-persona trend as its first topic. One of the personas mentioned was Lee Ho-chang, a third-generation conglomerate played by comedian Lee Chang-ho.

Lee debuted in 2014 as a KBS comedian, but his skits on “Gag Concert” did not see much success. His prime came after the show ended, on the YouTube comedy channel “Psick University.” Lee started gaining popularity though his character Lee Taek-jo, a middle-aged man who loves hiking.

His latest persona Lee Ho-chang in the Psick University series “B-rated Online Date” (translated), a patronizing yet somewhat emotionally vulnerable businessman, became his greatest hit. The persona’s official title is Head of the Future Strategy Department at the fictional food conglomerate “Grandma Gim Gap-saeng’s laver,” poking fun at old-money businessmen in the real world. His parody of the New Year’s message video by Chung Yong-jin, Vice Chairman of the real-life conglomerate Shinsegae Group, has more views than the original video.

A celebrity adopting an alter-ego is nothing new, although mostly seen in the music industry. Legendary musician David Bowie performed in the 1970s as his bisexual rock star persona Ziggy Stardust, and rapper Eminem has several personas for different subject matters. K-pop singers also use different aliases for their solo careers, such as Suga of BTS who calls himself Agust D and Cho Seung-youn of UNIQ who is known as Woodz.

However, one crucial difference that sets apart the multi-persona trend mostly seen in the comedy scene, is that each character is supposed to be a completely separate individual with a wholly independent backstory. Comedians appear in shows and even interviews as their personas, unless specified otherwise, and try not to break character. The persona develops a universe of its own, and the existence of multi-personas even becomes a punchline as the bukae and bonkae (the real-life celebrity portraying the persona) vehemently deny any connection between them. 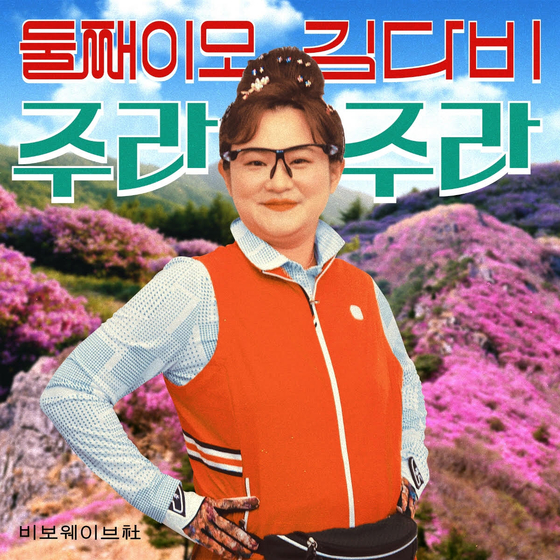 
The precursor to this current trend was rapper Mommy Son, who debuted in 2018. Mommy Son, who always wears a pink balaclava to hide his identity, is thought to be an alter-ego of rapper Mad Clown although both strongly deny the claim, which has become a long-standing joke. In 2019, popular TV personality Yoo Jae-suk debuted his trot singer persona Yoosanseul while last year, comedian Kim Shin-young launched her trot singer persona Second Aunt Kim Davi, who claims to be the comedian’s 75-year-old aunt, and singer Lee Hyori was active as her Korean-American singer persona Linda G. All of them deny “allegations” that they are in fact their bonkae in disguise.

Fans enthusiastically go along with this tongue-in-cheek roleplay. For instance, comments under Lee Ho-chang’s New Year’s message video read: “Looking forward to playing golf with you in Guam next week, sir.” “Why did your company’s stock prices go down?” “Thank you for contributing to the Korean economy.”

The trend recently evolved even further to include lesser-known celebrities. Aforementioned stars were already famous and were able to introduce their personas on TV, but obscure comedians — especially those who lost their jobs after “Gag Concert” ended — did not have that opportunity.

Lee Chang-ho was far from well-known before his persona became popular, and the same goes for other cast members of the “B-rated Online Date” series who gained popularity through their personas, not the other way around.

Now, even the personas do not necessarily need to have special occupations, such as singers or conglomerate businessmen. In “B-rated Online Date," comedians Kim Hae-jun, Lee Yong-ju, Jung Jae-Hyung, and Kim Min-su each portray a café owner, second-hand car dealer, multi-level marketer and unsuccessful rapper. The comedians have now become better-known as their personas than as themselves, appearing on other shows and conducting interviews as their characters. 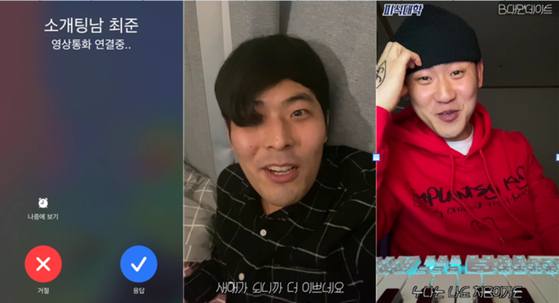 
“After [already-famous celebrities’ personas] such as those of Yoo became cliché, the public may have become more supportive of relatively obscurer comedians’ personas,” said pop culture critic Jeong Deok-hyun.

Another factor behind the change may be the fact that now lesser-known comedians have low-barrier platforms such as YouTube and social media to introduce their personas.

“Comedians who did not succeed on TV are making use of their comic talents on YouTube, which has a lower entry barrier [than TV], and are seeing their heydays,” said culture critic Ha Jae-keun.

“Personas on ‘B-rated Online Date’ feel more realistic and personal because I usually watch YouTube on my personal device, as if I’m actually seeing or talking to an ordinary person,” added 24-year-old Choi Ah-jung, an avid fan of the series. “I don’t think the personas would’ve felt the same on TV.”