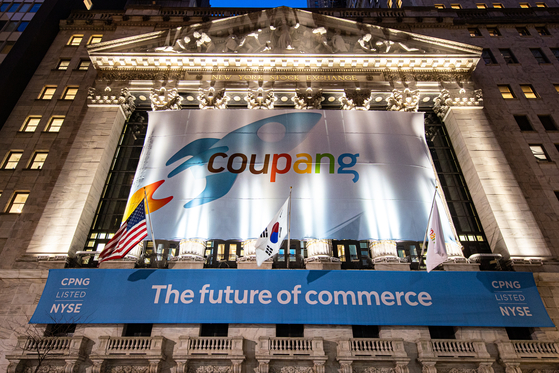 
After losing money for a decade straight, Coupang started trading in New York on Thursday with an $80 billion market cap, which puts it on par with SK Hynix, the second largest company in Korea, and ahead of Hyundai Motor, the country’s largest carmaker.

Critics, who have noted the $4 billion accumulated losses and the claims of poor working conditions for the company’s delivery drivers, lost to investors who bet on Coupang’s potential as the next Amazon, the $1.5 trillion market cap delivery-to-cloud conglomerate.

Coupang, a SoftBank-backed e-commerce operator, started trading on the New York Stock Exchange Thursday under the ticker CPNG, rising 41% in the first day of trading to close at $49.25.

But it declined 1.58 percent the next day to close at $48.47 on Friday. The price fell to $46.25 during trading and then rebounded just before the close of the market.

Coupang was last valued at $9 billion in a 2018 funding round, according to PitchBook, a market data provider.

While Coupang is a Delaware-incorporated company and is majority owned by non-Koreans, its operating entity is Korean and most of its business is within the country. If it is considered an Asian company, its IPO would be the largest from Asia in the United States since Alibaba Group Holdings sold $25 billion of stock in 2014. 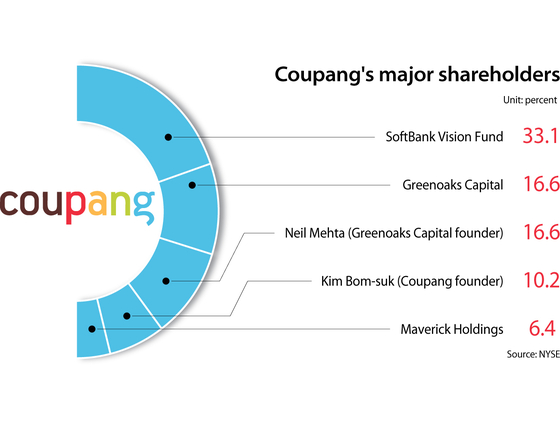 “Koreans’ creativity has created a ‘Miracle of the Han River,” said Coupang founder and CEO Kim Bom-suk in an interview with CNBC, referring to Korea’s economic rise from the ashes of the 1950-53 Korean War, on Thursday. “I’m so excited that we have become a small part of this incredible story.”

Kim added that Coupang will continue to invest in innovations like dawn delivery, which he said offers convenience of fast delivery and also a “stress-free return.” When asked whether Coupang will be able to provide a similar experience in other countries, Kim said that the company is “laser focused on the Korean market.”

The IPO “was very meaningful in that it has shown what global investors think of Coupang,” said Lee Hyo-seok, a strategist at SK Securities. “Coupang is [one of the] Amazon kids. It will reinvest the money it has raised, lowering prices and improving services.”

Following Coupang’s IPO, Market Kurly is considering a U.S. listing, according to the Wall Street Journal.

Market Kurly, founded in 2014, is seen as the pioneer of dawn delivery in Korea, which is now a must for e-commerce operators to survive in the cut-throat market.

With a valuation of roughly one trillion South Korean won, Market Kurly is discussing with bankers its plans to go public before the end of the year, Sophie Kim, the company’s 37-year-old chief executive, said in an interview with the Journal.

Other domestic e-commerce operators planning to go public are 11st and TMON.

11st, an SK Telecom subsidiary through which Amazon is planning to sell goods in Korea, may also be preparing to list. The U.S. company has preemptive rights to buy into the e-commerce unit if it does go public.

TMON is planning to go public on the Korea Exchange in the second half.

Naver and Emart, the operator of SSG.com, are in talks to collaborate, according to media reports.

[NEWS IN FOCUS] Naver, Coupang take leaves from each others' books