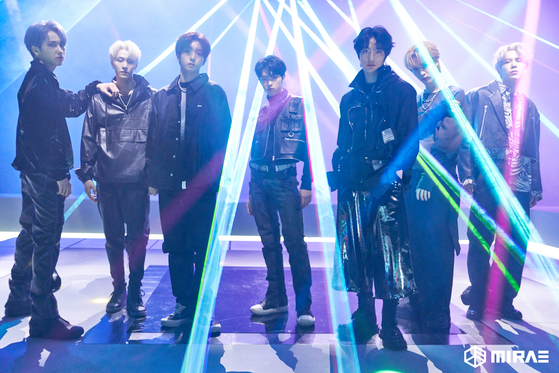 
New boy band Mirae is collaborating with multiplex CGV prior to its official debut on March 17.

From Monday, CGV’s Sinchon branch will run as a branded theater for the seven-member group.

The seven screens inside the Sinchon branch will be named after each member, and a variety of cultural content and events will be available. The collaboration will run until April 25.

Posters for each member as well as cardboard cutouts will be placed inside the theaters, as well as never-before-seen images signed by the members. Fan meet and greets will also take place at the theater.

Large murals featuring images of the Mirae members will be set up outside other CGV theaters from March 29, including CGV Yongsan I'Park Mall and Wangsimni.