Lose yourself at these exhibitions before it's too late

Lose yourself at these exhibitions before it's too late 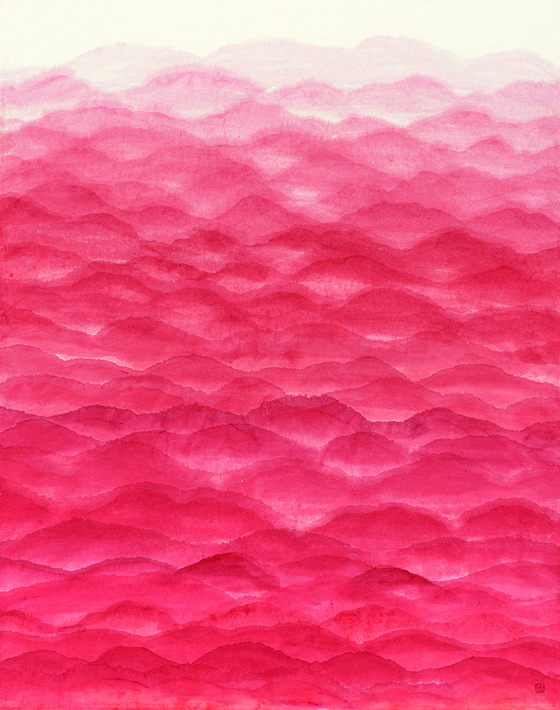 
Among the art exhibitions worth a visit before they wrap-up this month are two solo shows of female abstract artists at galleries on Samcheong-dong art street in central Seoul.

Minjung Kim’s monochrome works of delicate gradations, which are reminiscent of East Asian philosophical ink paintings called muninhwa (scholars’ painting), could lead viewers into a meditation. On the other hand, Shin Min Joo’s paintings of strong colors and gestural traces, on the tradition of Abstract Expressionism, could vitalize audiences, in line with the show’s title — “Vigor.”

Kim’s solo exhibition titled “Timeless” running at Gallery Hyundai through March 28 features about 30 of her latest works which are a combinations of painting and paper collage. Kim, 59, has gained international fame with such works, which she creates with traditional Korean hanji paper, through the repetitive process of partly burning and then layering the paper.

On her famous “Mountain” series, Kim was quoted by the gallery as saying, ”I paint mountains and I cut and burn to make a cage of tide and I glue them. Traces of existence of mountains become the sounds of the millennial tide. Horizons of ink colored stripes give me a sense of timelessness." 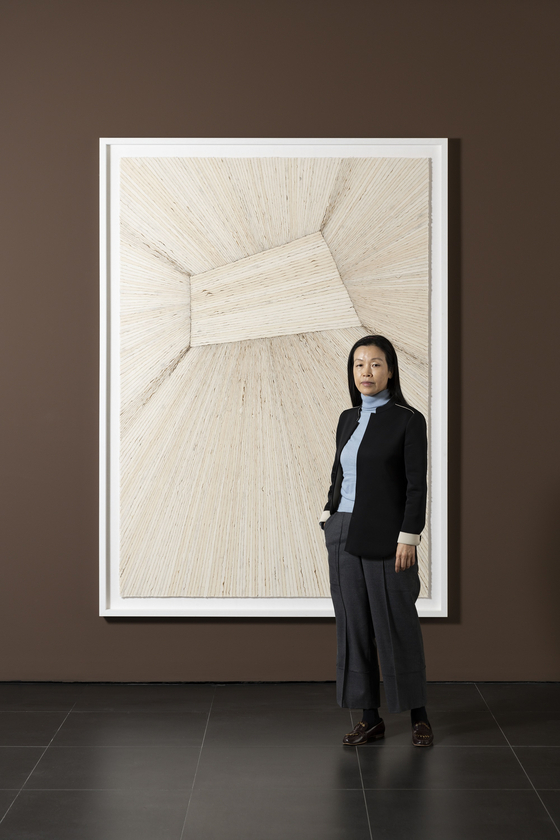 
Born in the southeastern city of Gwangju, Kim would play with paper at her father's small printing studio in her youth. She also studied East Asian ink calligraphy and Western watercolor from a young age. Later, she majored in East Asian painting at Hongik University and its graduate school.

She went to Italy in 1991 to study at Milan’s Accademia di Belle Arti di Brera, out of admiration for Renaissance art. Paradoxically, she took interest in hanji again while she was there, as she was looking for a material that could represent her cultural identity. She began to create works that highlight the material of hanji and the effect ink has on it.

It was around 2000 when Kim started the experiment of partly burning hanji, as she was fascinated by the lines generated by the burnt edges of the paper or “lines created through the collaboration of paper and fire, which I could not have made with a brush,” the artist described.

Her works require a labor-intensive, repetitive process. The artist said in an interview with famous curator Hans Ulrich Obrist, who is now artistic director at the Serpentine Galleries in London, “For me, repetition means losing yourself and going deep inside yourself. I feel that it is a way of practicing Zen or meditation. Once you start to repeat for hours and hours you completely forget your circumstances which I like because I feel so cleansed. This feeling is addictive.” 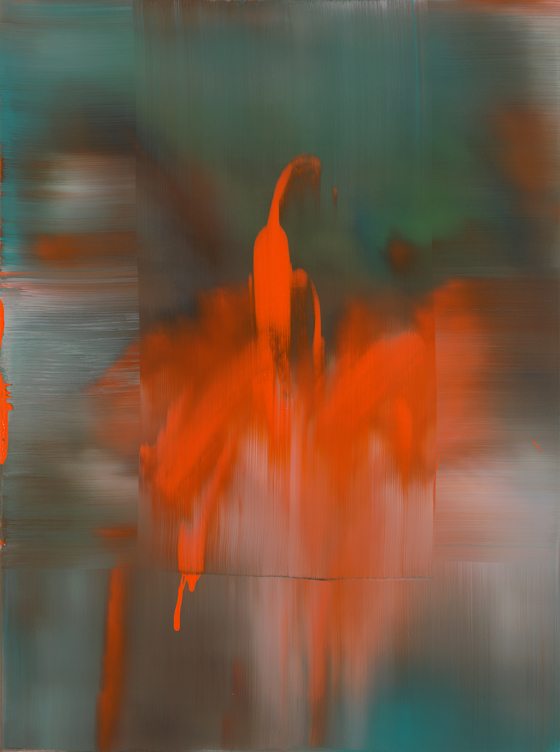 Compared to Shin’s previous paintings which mainly have dark, achromatic tones, her latest acrylic paintings are full of vibrant colors including red. “After I went through a few big changes in my life, including menopause, I came to see the world with a freer and relieved mind,” the artist told reporters at the gallery. “Then, the various colors, which I hadn’t used for my works, came into my eyes. Why not use them?”

Shin, 52, said her artistic practice begins with the absence of self and is followed by filling the screen according to “the guidance of the painting itself.” “After a few initial brushstrokes, the painting starts to lead the way,” she said. “It tells me when to stop. That I can stop now.”

“Shin Min Joo accumulates feelings, thoughts or countless images which she sensed and experienced from life within her mind and then depicts them on canvases as abstract forms,” the gallery explained. “Through her repetitive use of bold brushstrokes and technique of pushing a squeegee through layers of paint, Shin instinctively overlaps ‘drawing’ and ‘wiping,’ capturing powerful and highly densified energy within the canvas surface.” 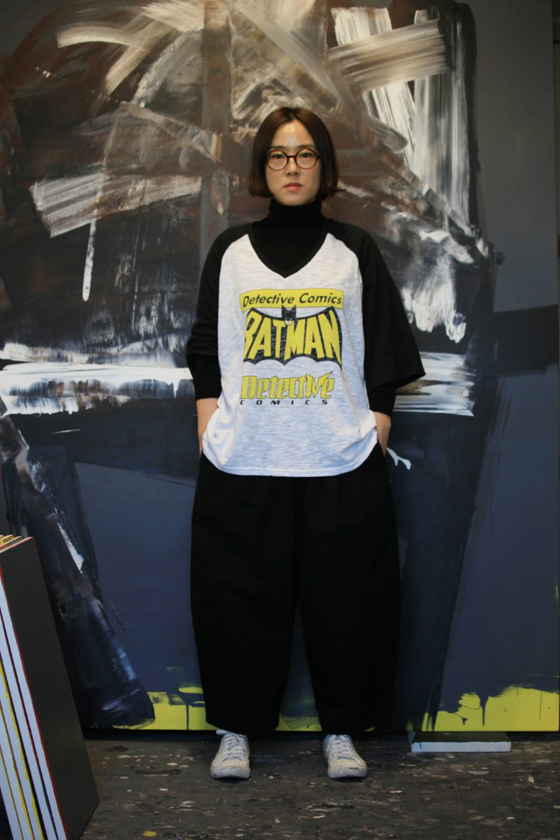 Though Minjung Kim and Shin Min Joo use different materials and have different styles, both emphasize the “losing of self” or “absence of self” during the process of creating works. Some viewers might experience it, seeing the works calmly and for a long time.