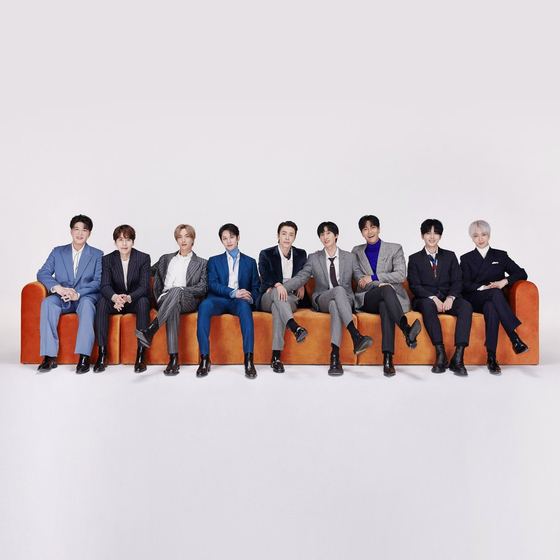 
Super Junior’s long-awaited 10th regular album “The Renaissance,” which dropped on Tuesday, hit No.1 on iTunes’ Top Album Charts in 20 countries a day after its release.

Label SJ, the band’s agency, said Wednesday that the album is also ranked No.1 on many major music charts in China.

The album is composed of 10 tracks including lead song “House Party.” “House Party” is a disco track that humorously tells listeners to stay home during the Covid-19 pandemic, and not to forget the value of everyday life.

Meanwhile, the band has been airing behind the scenes and rehearsal videos through Naver TV’s “Shuju Returns” channel at 2 p.m. from Tuesday. The videos will continue until Friday.