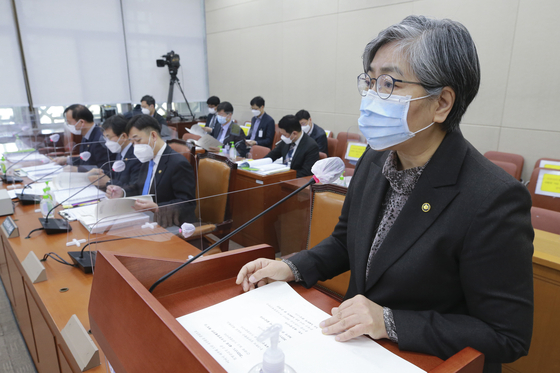 
In a meeting with lawmakers Wednesday, the head of Korea's Covid-19 control efforts said the AstraZeneca vaccine was safe for continued administration, despite suspensions of the vaccine's use in 20 European countries over safety concerns. 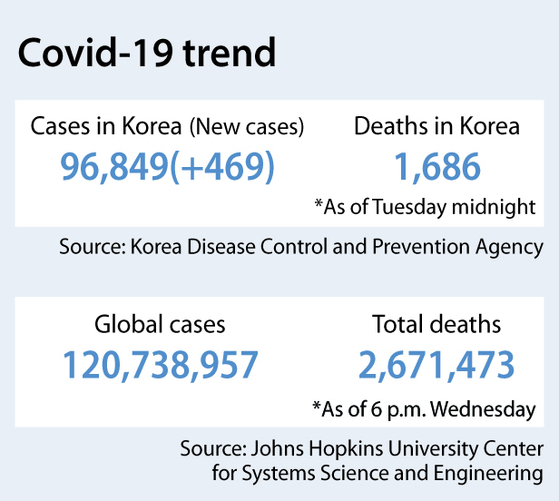 Speaking to members of the National Assembly's Health and Welfare Committee, Jeong Eun-kyeong, Korea Disease Control and Prevention Agency (KDCA) commissioner, reassured the public that the rollout of the AstraZeneca vaccine could continue and that there have been no safety problems thus far.

"All KDCA employees are being administered the vaccine. We will continue monitoring the vaccine's safety," Jeong added.

The KDCA has been administering the AstraZeneca vaccine to its own employees according to the vaccination priority guidelines since March 10. Jeong and other senior staff are also due to receive the vaccine.

In response to a question from Rep. Kang Byung-won regarding reports of blood clots as a side effect of the AstraZeneca vaccine, Jeong said the evidence was not clear.

"According to information from the National Health Insurance Service, pulmonary embolism [a condition which arises when blood clots form and block arteries in the lungs] arises in approximately 17,000 patients each year. The condition occurs regularly in the general population," Jeong explained.

"The World Health Organization [WHO] and European Medicines Agency [EMA] said that the link between the vaccine and blood clots is not confirmed and they do not recommend halting the rollout of the vaccine," she continued.

Korea has reported 16 deaths following inoculation since the rollout of AstraZeneca vaccines began, but health authorities maintain that there is no causal relation.

Regarding a 60-year-old patient in a long-term care facility who died several days after receiving the vaccine and who is confirmed to have had blood clots, Jeong said that the KDCA was awaiting the final autopsy results and would issue an explanation at a later date.

However, Jeong added that the KDCA currently views the patient as having died of other causes unrelated to the vaccine.

In a separate press release on Wednesday, the KDCA said there is no evidence of a correlation between the AstraZeneca vaccines and the blood clots found in some recipients.

Health authorities aim to lower cases to below 200 within the next two weeks after seeing cases in the 300s and 400s in the past week. New infections were linked to churches, hospitals, nighttime entertainment facilities, fitness centers and bathhouses.

Of the local infections, 120 were reported in Seoul, 186 in Gyeonggi and 21 in Incheon. Infections in the greater Seoul area constitute between 70 to 80 percent of domestic infections and half the country’s population of 52 million.

There were 17 new imported cases, including three from Indonesia, five from Hungary and two from the United States.