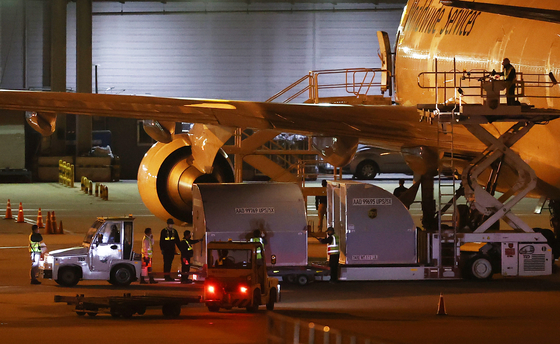 
Health authorities announced Wednesday they will conduct a study on mixing and matching Covid-19 vaccines, after a foreign study found the inoculation of two different vaccines to be safe and effective against the virus.

“The National Institute of Health has been promoting research into mix-and-match vaccination,” wrote the Korea Disease Control and Prevention Agency (KDCA) on Wednesday.

“It is a study to establish alternative vaccination plans for people who received the AstraZeneca vaccine,” the KDCA wrote. “We have promoted the research to find ways to improve the safety and effectiveness of vaccinations.”

From Friday, members of the public who previously received their first dose of the AstraZeneca vaccine will be eligible for their second dose. However, health authorities had previously announced they cannot get their second shot with a different vaccine.

People under 30, who received their first AstraZeneca shots before the age limit was imposed on the vaccine due to concerns over rare cases of blood clots, will also be eligible for their second dose. The second shot won't be made mandatory, but they would still have to get the same vaccine if they opt to receive the second dose.

The new remarks came out after a Spanish study was published Tuesday that AstraZeneca vaccination followed by a Pfizer dose is both safe and effective.

Spain’s public health research institute, Carlos III Health Institute, inoculated some 450 people first with the AstraZeneca vaccine, then with Pfizer’s eight to twelve weeks later — and found the presence of immunoglobulin antibodies in the bloodstream 30 to 40 times higher and a seven-times increase in neutralizing antibodies.

In addition, only 1.7 percent of participants reported side effects including headaches, muscle pain and general feelings of ill health, which are not considered serious, according to one of the study’s leaders.

"Considering the general characteristics of a vaccine, mixing two vaccines is an unverified method,” Sohn Young-rae, a senior health official of the Central Disaster and Safety Countermeasure Headquarters, said during a Wednesday briefing, “But the Covid-19 vaccine had a short development period, and scientific verification is being done along with the inoculation, so new studies are constantly coming out.”

“The Spanish study is also one of these attempts, and we are considering it as something to be looked into very carefully in Korea,” Sohn said. “Not only in Korea, follow-up studies will be conducted in-depth in each country and will verify the results."

More details on Korea’s research will be disclosed during Thursday’s briefing, the KDCA said.

Meanwhile, Korea reported that the average booking rate for Covid-19 vaccination exceeds 50 percent. The older the age, the higher the reservation rate.

Health authorities stressed the importance of participating in the vaccination movement, emphasizing the effectiveness of the vaccine.

"In order to be free from the threat of Covid-19 and return to daily life, vaccinations are needed," said Sohn. "The effectiveness of vaccinations has been proven in recent cases of group infections."

Recently, in Suncheon, South Jeolla, six family members were infected with the coronavirus, but a man in his 70s who completed his second round of Pfizer vaccination remained safe.

Of the 23 people who attended a church service last month in Goesan County, North Chungcheong, only one, who was vaccinated, was not infected. The other 22 people tested positive. 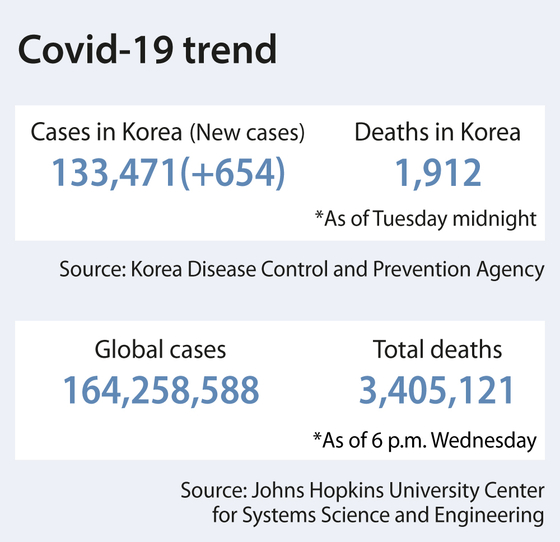 There were eight additional virus deaths, raising the total to 1,912.