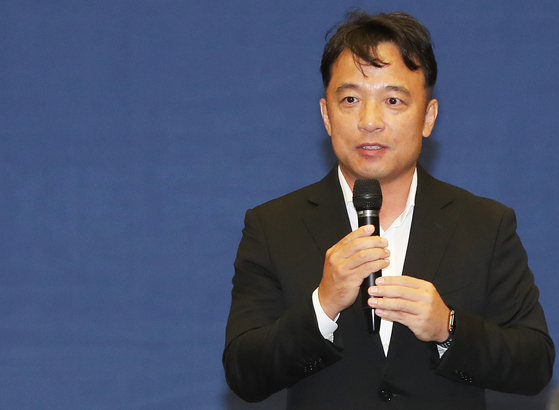 Korea’s league table of top earners has been affected by Covid-19, with gamers beating the traditional captains of industry.

According to a Financial Supervisory Service (FSS) database on Wednesday, Kim Taek-jin, the founder and CEO NCSoft, took home the most in salary and bonus in 2020.

The precise amount of Shin’s remuneration is yet to be determined, as pay from some Lotte companies has not been disclosed.

So far, Shin has reported 7.7 billion won last year. Second-half earnings from Lotte Holdings and Lotte Hotel have yet to be reported, but will probably take the total to 10 billion won.

In the first half, Shin took home a combined 2.5 billion won from Lotte Holdings and Lotte Hotel.

LG Group Chairman Koo Kwang-mo received roughly 8.1 billion won, which is not much different from 2019, but his bonus tripled from the previous year to 3.6 billion won.

The LG Electronics television and computer sales were strong as many people were forced to stay home.

Hyundai Motor’s Chairman Euisun Chung received a combined 4.3 billion won from the Hyundai Motor and Hyundai Mobis as annual salary. With bonus, the total will be about 6 billion won.

SK Group Chairman Chey Tae-won’s pay and bonus have not yet been reported, but the total will be around 6 billion won. Chey returned about 1.5 billion won of the bonus back to the company.
Samsung Group Vice Chairman Lee Jae-yong received neither salary nor a bonus.

Kakao CEO Kim Beom-su, who made headlines after announcing the donation of half his wealth, is said to have received less than 500 million won.

Incomes of less than 500 million won do not have to be disclosed.

IT company executives have been emerging as a new force in the local businesses community, usurping the old guard, as the value of their shares increases.

“Since the outbreak of Covid-19, the industrial structure has been changing,” said Jung Yeon-sung, a business management professor at Dankook University.

This is two more than the 33 in 2019 as Naver and NCSoft were added to the list.