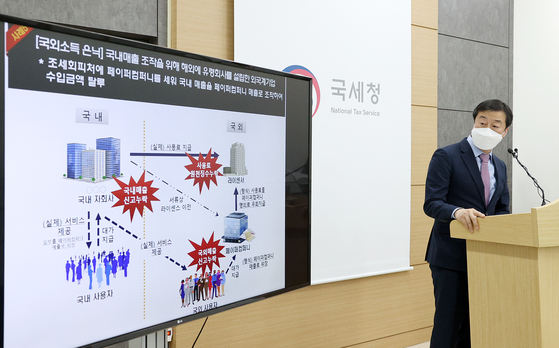 A foreigner who lived in Korea with his family and utilized national health insurance while in the country failed to pay taxes on foreign income.

For tax purposes, anyone who in the country more than 183 days a year is considered a resident and is taxed on worldwide income. Non-residents are only taxed on Korea-sourced income.

They don’t have to pay tax on income earned elsewhere.

Whether a person is resident or a non-resident is not defined by nationality. Koreans who frequently live abroad can be categorized as non-residents.

In another case, a Korean filed as a non-resident due to frequent overseas trips. The person failed to pay tax on foreign income. The tax agency deemed the trips as intentional acts for the purpose of avoiding tax.

A foreigner with dual citizenship lived a luxurious life with his family in Korea. But when it came to paying taxes, the person stressed his foreign nationality and thus did not report income made abroad.

Under the Korean law, dual citizenship in principle is normally not allowed, but there are a number of exceptions to the rule.

The National Tax Service on Wednesday said it investigated 54 people and businesses that failed to pay taxes on foreign income.

Among those audited, 14 individuals used their foreign status and six companies transferred profits abroad.
The tax agency said there has been an increase in the influx of Koreans and foreigners returning to Korea as a result of Covid.


The NTS noted that some foreigners are enjoying the welfare benefits provided by taxes paid by others living in Korea while failing to pay the taxes they own.

The tax agency said since 2019 it has conducted three audits targeting offshore tax evasion and investigated 318 cases. As a result, the tax agency was able to collect 562.9 billion won of unpaid taxes in 2019 and 599.8 billion won in 2020.