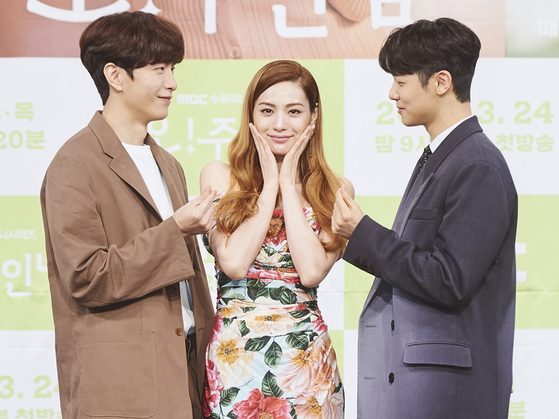 “Oh My Ladylord” revolves around a character named Han Bi-soo (played by Lee), a thriller writer who won’t date, and Oh Ju-in (played by Nana), a rom-com actress who can’t date. The two characters end up living together with Bi-soo becoming Ju-in’s tenant. Kang plays Jung Yoo-jin, a rich male friend of Ju-in.