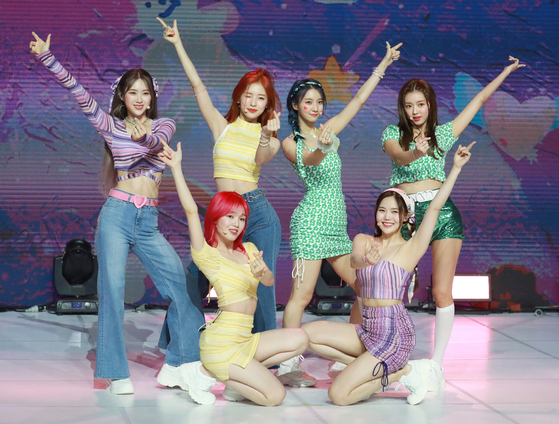 Girl group Oh My Girl has broken its over-a-year-long hiatus and returned to the entertainment scene on Monday with the release of a new EP.

The group, which is celebrating the sixth year since its debut, dropped its eighth EP titled “Dear OHMYGIRL.”

The EP consists of six different songs including lead track “Dun Dun Dance” as well as “Dear You,” “Quest” and “Swan.”

The seven-member girl group is best known for its seventh EP “Nonstop” which was released in April last year. The EP's title track and another track titled “Dolphin” both reached the top of different local music charts.