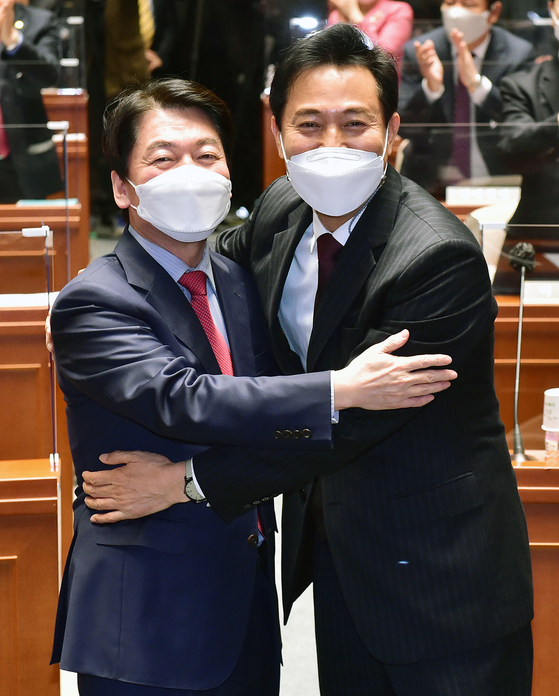 Ahn Cheol-soo, left, chairman of the People’s Party, embraces Oh Se-hoon, who won the ticket of the opposition bloc to run in the Seoul mayoral by-election, at a party lawmakers’ meeting in the National Assembly in Yeouido, western Seoul, on Wednesday. Ahn accepted co-chairmanship of the campaign for Oh, who beat Ahn in the preliminary opinion polls. [OH JONG-TAEK]