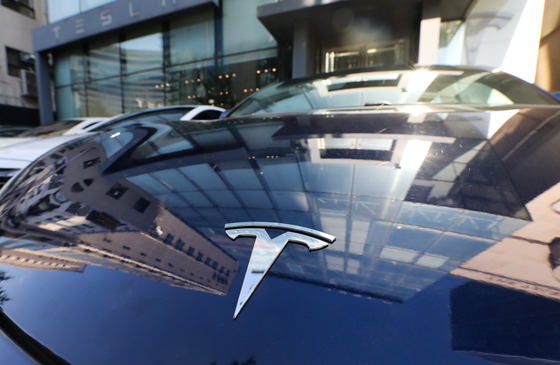 Tesla fever appears to be subsiding in Korea as the tech-savvy electric vehicle (EV) maker faces tough competition from other premium models and local alternatives.

The Tesla Model 3, the most popular EV in Korea last year, saw sales plummet from 1,524 vehicles in January and February last year to just 15 in the same period this year.

Sales were not any better for the rest of the Tesla range, with just four Model S and 12 Model X cars selling. That's a grand total of 31 Tesla vehicles sold in Korea in the first two months of 2021.

While EV sales often slow at the start of the year, Tesla’s performance is still dramatically worse than other brands.


Porsche, the high-end German carmaker, has taken the crown in the imported EV market in Korea for the first two months of this year.

It’s Taycan EV, which launched in Korea in November last year, sold 227 units in January and February. The model, which costs 145.6 million won ($128,000) for the lowest 4S trim wasn't eligible to receive state subsidies, but still managed to sell the most units in the import EV market in Korea this year, as of February.

The Mercedes-Benz EQC SUV came in second with 25 units sold.

The planned launch of other EV models — expected to be armed with state-of-the-art technology and a longer driving range — in Korea this year has further dampened the Tesla hype.

Imported models are not the only option for drivers looking for EVs that offer more value than just an eco-friendly powertrain.

EV models from domestic carmakers that are scheduled to launch this year have also emerged as strong rivals of Tesla.

Hyundai Motor's Ioniq 5, the first EV model to be manufactured on the carmaker's EV-dedicated modular platform E-GMP, is already a hit, garnering some 40,000 reservations in Korea. It is expected to launch in April. Kia's EV6 is also expected to join the competition from July.

Genesis, a luxury brand from Hyundai Motor, will also release its own EV model known by the project name JW.

Tesla had high hopes for Korea's EV market with its new Model Y that launched here in February. It even set the price of its standard model to 59.9 million won after the local government laid out a renewed subsidy plan that would curtail subsidies given to EVs that cost more than 60 million won.

Later that month, however, Tesla suspended global sales of the standard trim without giving a specific reason.

The remaining trims of the Model Y — the Long Range and Performance — cost more than 60 million won, making customers ineligible for state subsidies.

Hyundai Motor's Kona Electric, which used to be the carmaker's most popular EV, sold 175 units in the first two months of this year due to concerns of fire.