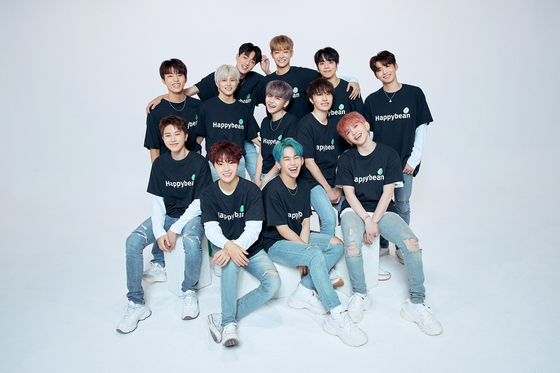 
Boy band Treasure has officially joined fan community service Weverse, an online platform where artists can communicate with their fans, according to its agency YG Entertainment on Monday.

It is the first time for a YG Entertainment group to join such platform. With the move, the group expects to have more active interactions with fans in Japan, where it plans to make a debut on March 31.

YG previously announced that it will strengthen its partnership with Big Hit Entertainment, which runs Weverse, so that the pair can expect to see more positive synergy and growth.

To celebrate Treasure joining Weverse, the platform will hold two hashtag events until April 10. The participants of such events will be in with a chance to win Polaroid photos of the group members.