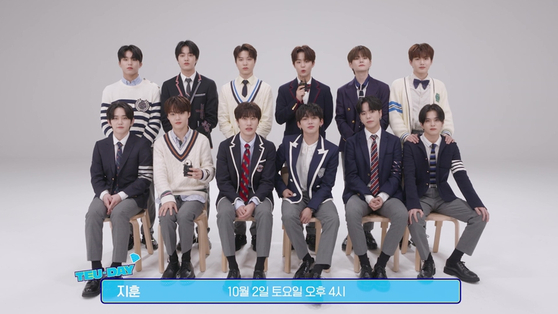 Boy band Treasure will hold its first-ever fan meet in October since its debut in August last year.

The band’s agency YG Entertainment released a video of the 12 members on social media on Tuesday in which they said they are working hard to show different sides of themselves. They also showed props with the initials of their names, inviting fans to guess how those are related to the overall theme of the performances they are going to present.

“The event is the first time we will meet with fans,” said the group in the video. “Just thinking about it really makes our hearts pump.”

However, due to the evolving Covid situation, the agency warned that the offline event may be canceled if restrictions change.