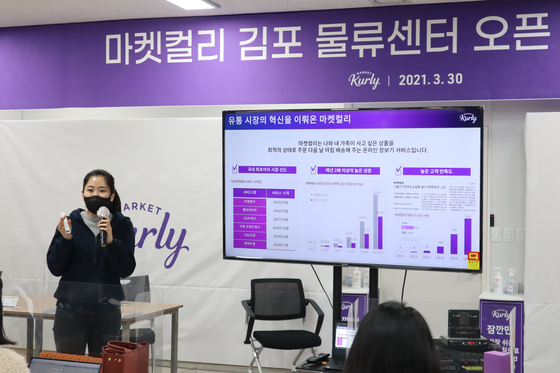 
Market Kurly is expanding dawn delivery ahead of a planned initial public offering this year.

The e-commerce operator on Tuesday said it will be able to provide next-day dawn delivery to areas outside large cities in coming months. It did not specify the areas where the service will become available.

It opened its fourth logistics facility in Gimpo in February. 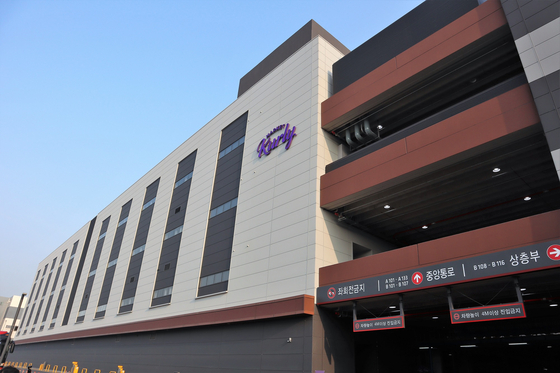 
At 25,539 pyeong (909,000 square feet), the latest logistics facility is the biggest of the four such facilities the e-commerce operator runs. Around 220,000 packages can be processed there per day.

Market Kurly adopted the Quick Picking System (QPS), which assists in the boxing of products.

The company said the QPS is the appropriate system for Market Kurly, where products come in and out every day. “At a fully automated distribution center, it takes a lot of time to bring products in and out, and therefore, it’s not easy to manage time elastically when orders are concentrated,” said Kim.

Frozen, refrigerated and room-temperature goods are all stored and ready to be packed at the four-story logistics facility.

Around 30 billion won ($27 million) was spent on building the facility. 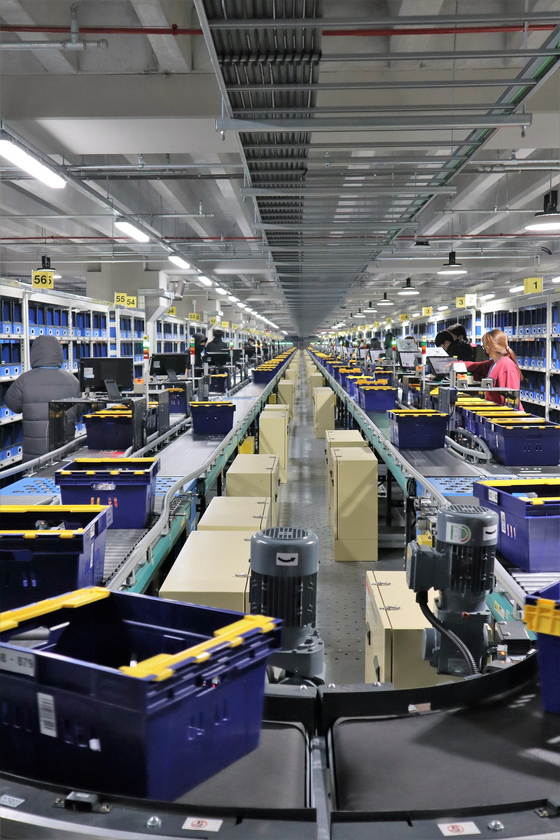 Kim said that Market Kurly may consider branching out overseas if necessary, but will focus on the domestic market for now.

“Retail is a very local business. Global firm Amazon raises 70 percent of its sales from the United States, and that’s why the size of a domestic market is so important.” Kim added, “The infiltration rate of the fresh product market from offline to online is less than 20 percent in Korea. Compared to industrial products, the figure is low. The figure in fresh products is projected to eventually climb to 60 percent or higher, so we believe domestic market is big enough.”

The company did not mention the initial public offering (IPO).

Kim is reported to be discussing with bankers plans to go public before the end of the year, according to a report from the Wall Street Journal, following Coupang’s IPO offering earlier this month.

Market Kurly lost money for another year last year, but Kim on Tuesday said it is more important to focus on expanding market share at this point instead of profitability.