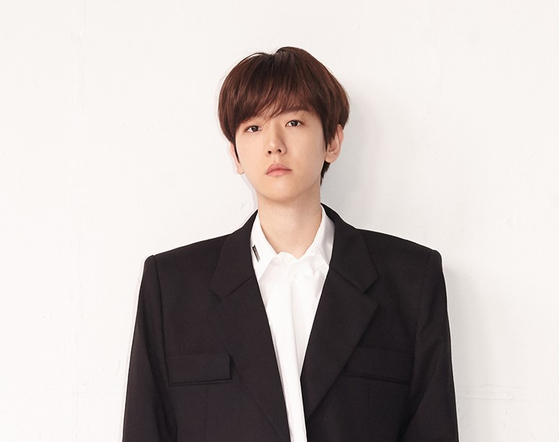 Singer Baekhyun, a member of K-pop boy band Exo, in an online press conference for his solo EP ″Bambi″ on March 30. [SM ENTERTAINMENT]


K-pop singer and member of boy band Exo, Baekhyun, will join the military on May 6, his agency SM Entertainment said Saturday.

In Korea, military service is mandatory for every Korean man except for those with disabilities.

“I know how hard it is to wait, so I won't ask you to wait for me, but would like to tell you I love you,” Baekhyun wrote in a letter to his fans, which he uploaded on his fan community site.

The 28-year-old Baekhyun, whose full name is Byun Baek-hyun, will be the sixth of Exo's nine members to enlist in the military after Xiumin, D.O., Chen, Suho and Chanyeol. The first two have already completed their service.