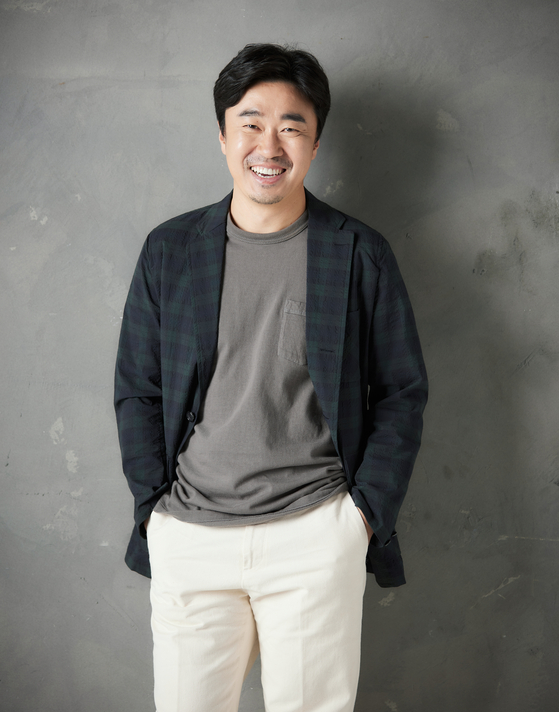 
When actor Cho Dal-hwan was cast for the role of Min-su, the producer and manager of a talented musician, in the film “The Box,” he was ordered by director Yang Jung-woong to “look cool, no matter what.”

Min-su, who was once a star producer with an eye for spotting potential talents and crafting them into stars, now finds himself with mountains of debt. After meeting Ji-hoon, played by EXO’s Chanyeol, he once again dreams of success, but there’s a catch: Ji-hoon suffers from terrible stage fright and can only perform when he’s in a box. Min-su and Ji-hoon make a deal that Ji-hoon must perform at 10 different venues and if he can't get over his stage fright after that, then Min-su will leave him alone. 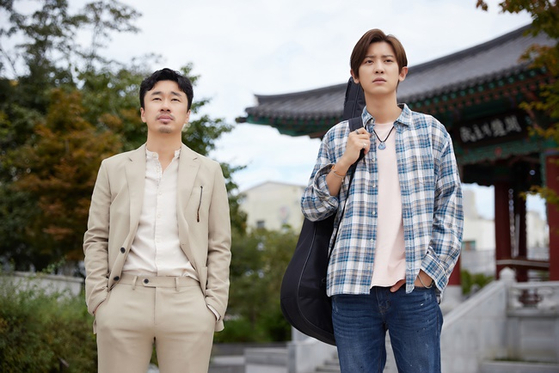 Actors Cho Dal-hwan, left, and Chanyeol as producer Min-su and musician Ji-hoon in the film ″The Box.″ [STUDIO TAKE]


“One producer who saw the film told me that my vibe [in the movie] was similar, but a lot stronger than my character in the KBS drama series ‘Inspiring Generation.’” Cho said during recent online interview with the Ilgan Sports, an affiliate of the Korea JoongAng Daily.

“Of course the director, as well as myself, knew that Min-su would be a subsidiary role helping [Ji-hoon] but we also wanted to show the duo grow together,” the actor said. “I think that those superb actors who’ve played similar roles — from Hollywood stars like Brad Pitt and Mark Ruffalo to our own local actors — basically have this quality of being sexy. I also deliberated a lot about how to emit [that sexuality] but I’m not sure how much of it was shown on the screen.”

When asked what he defined as “sexy,” the actor said the meaning of the word has changed for him as he's grown older.

“In my 20s it was about the image,” Cho said. “How I looked was of the primary importance, like my hair style and outfits, but in my 30s I think I focused more on that warm gaze, or the tingly feeling you feel when you shake hands with someone. And as I turned to my 40s it was about how you treat other people and their warmth and attitude. 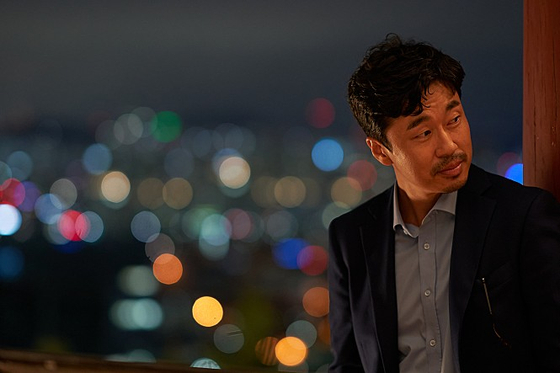 Min-su is determined to help Ji-hoon overcome his stage fright and turn him into a star. [STUDIO TAKE]


“Maybe sexiness has to do with how healthy you are, how you positively view the world, your passion, your intensity or desperateness,” he continued. “How Min-su tries to do his job and get Ji-hoon out and about in this world, I believe, is where his sexiness stems from.”

The actor also talked about how it was working with singer-turned-actor Chanyeol, who made his big screen debut through the film. When asked if he saw potential in Chanyeol as an actor, he replied humbly that he wasn’t “in the place to decide that.”

“Chanyeol is already a star that everyone knows,” Cho said. “Even Yang was a fan, so it didn’t feel like he was a rookie. I believe what’s more important than being a good actor is how good of a person you are. In that sense, Chanyeol was a good person that I came to know on the set. Even though he was younger than me, there were a lot of moments where I was touched [by his thoughtfulness].”

Although Min-su’s future wasn't as clearly laid out as Ji-hoon’s by the end of the movie, the actor seemed fine with how the story wrapped up.

“We joked around that the film should be turned into an omnibus series where each EXO member would appear one at a time, while I would retain the role of Min-su,” Cho said. “I don’t know if this idea could be carried out for real though.”

The box that Ji-hoon wears throughout the film symbolizes everyone’s limits or faults that they struggle to overcome. Ji-hoon's sings about the box through the track "Break Your Box," for which Chanyeol wrote the lyrics. 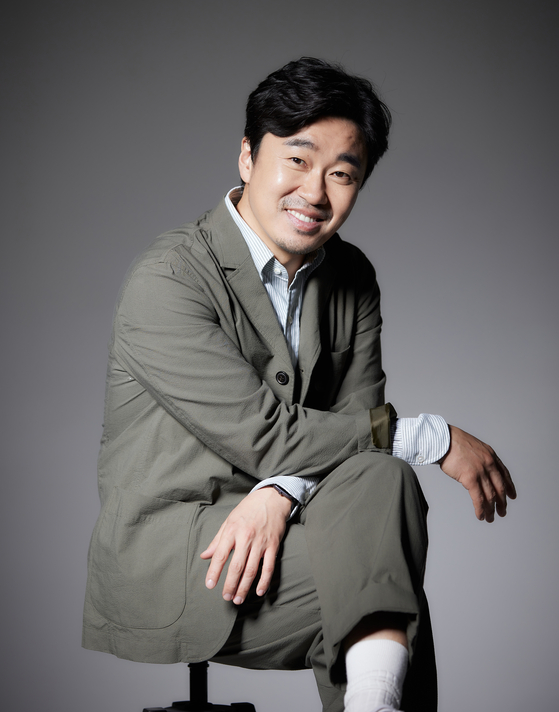 
Cho talked about a period in his life when he felt trapped within “his own box.”

“There was a time in my 20s where I spent about six months as a recluse because of a break-up,” he said. “My mother told me that no matter what the circumstances were, all of the choices were made by me. Even though it seems like the end of the world, she told me to think of it as stepping closer to meeting someone else meant for me. ‘If one person goes, ten others will follow,’ is what she said. It took me a while, but her advice meant a lot to me, and helped me recover.

“Recently, I faced difficulties due to the Covid-19 pandemic, especially last fall when everything seemed to be unstable,” Cho said. “There were financial burdens. In my line of work I have to be chosen and cast by someone else [to earn income]. What’s a relief is that I live in the countryside and there’s a sort of comfort that comes from mother nature. All of my hardships — both physically and mentally — were naturally healed by the nature.”