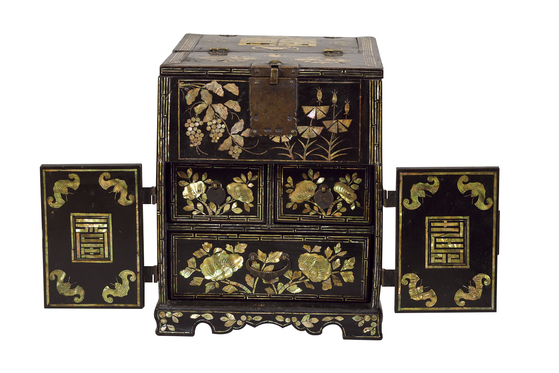 
When it comes to beauty and makeup, not many countries could compare to Korea. Korean cosmetics products thrive globally in the name of K-beauty, and the Korean beauty industry even actively introduces innovative makeup vanities while Korean beauty YouTubers and bloggers take the lead in educating the masses on how to organize your makeup desk and store products properly.

The passionate pursuit of beauty for Koreans just doesn’t seem to age.

According to Kim Min-jung, curator at the Coreana Cosmetics Museum run by Coreana Cosmetics, one of the most treasured items for Korean women during the Joseon Dynasty (1392-1910) was makeup chests or drawers.

“It wasn’t just the ingredients of the cosmetics, the makeup know-how or the packaging,” said Kim. “They paid a fortune to purchase the best-looking makeup chests to store them in. The whole package was necessary to complete the ‘perfect look.’”

The most popular design of the times was otchil (lacquer-coated) chests. While the women got simple otchil chests for their husbands, they picked najeon chilgi, an extremely intricate Korean craft that involves decorating lacquered wood with mother-of-pearl, for their makeup dressers.

The Coreana Cosmetics Museum opened in 2003 to showcase the private collection of Coreana Chairman Yu Sang-ok. Yu’s collection, which mostly relates to Korean beauty and makeup, dates back to the Three Kingdoms era (57 B.C. to A.D. 668). For the museum’s 27th exhibit titled "Lacquer, Light from Nature," it decided to showcase some of its lacquerware collection from the Joseon Dynasty along with contemporary artists’ lacquerware craftworks that use the traditional method of otchil. 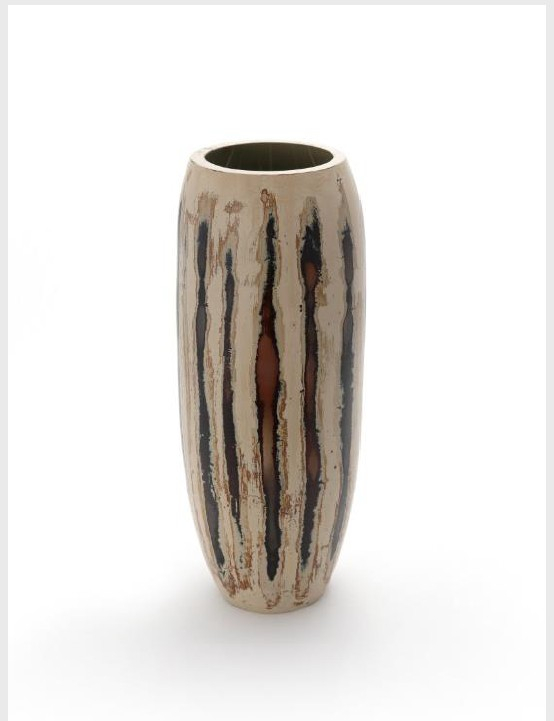 
“We wanted to shed light on otchil, especially the traditional method of doing it, because this artistic practice shines more radiantly over time,” said Kim. “Lacquer organically blended into the daily life of ancient Koreans who appreciated harmony with nature, moderate stylishness and a relaxed lifestyle.” 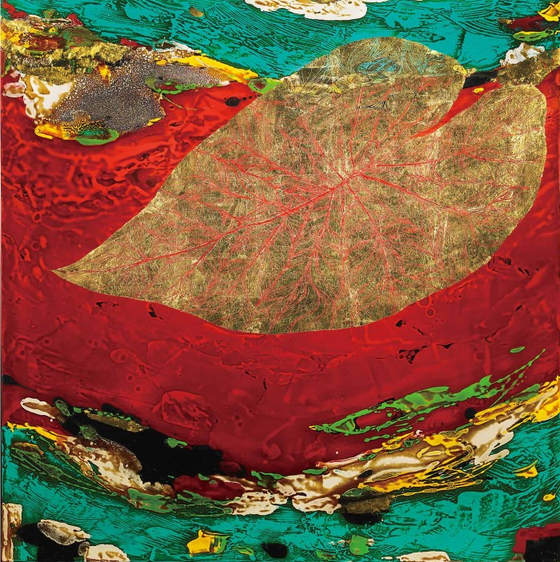 
Otchil is a natural varnish from lacquer trees used to coat wood and was used as a natural pigment since around 2000 years ago. Free of artificial chemicals, containers made from the substance were believed to prevent any natural ingredients stored inside from decaying. It was widely used for makeup chests and drawers as lacquer-applied wood enhanced the wood's durability against moisture and humidity, temperature change and insects. Otchil artisans even insist that otchil is not a paint, as “paint comes off or fades after a certain time, but otchil maintains the same gloss and tint. It’s timeless.”

However, because otchil is made through a long process requiring both patience and dedication, lacquerware was not an item that could be easily purchased in the street by ordinary people. It was for the ruling class and the royal family of the Joseon Dynasty, and the size of the piece symbolized the owner's authority and dignity. It was only in the late Joseon Dynasty after the weakening of the status system that the common Joseon people who were able to acquire wealth could also purchase different lacquerware items.

In the first part of the exhibit, visitors will be able to learn about the benefits of ot, the sap of the lacquer tree. Displaying the “Donguibogam (Medical Secrets from the East),” an influential health book written in 1610 by Huh Jun, this section showcases how the sap extracted from a lacquer tree was also consumed as food and medicine, believed to “help blood circulation and boost the function of the small intestine.” However, it was not easy to handle because of its toxicity, and only skilled artisans used it widely to highlight the texture of different materials like wood, leather, metal and textiles or even combine it with pigments to create a new color.

The second part of the exhibit focuses on the red lacquer, also known as juchil.

Works displayed here are all red lacquerware. Compared to other colors, red lacquerware are large in number as the color red has stood for bringing good fortune and preventing bad luck since ancient times. The royal family, as well as the commoners, in Joseon Dynasty always had at least one red item on them, either in their clothing or accessories when attending large events.

But because red lacquer was an expensive pigment, it was mostly used for ceremonial items in the royal palace including tables, ceremonial plates, chests to store equipment and so on. 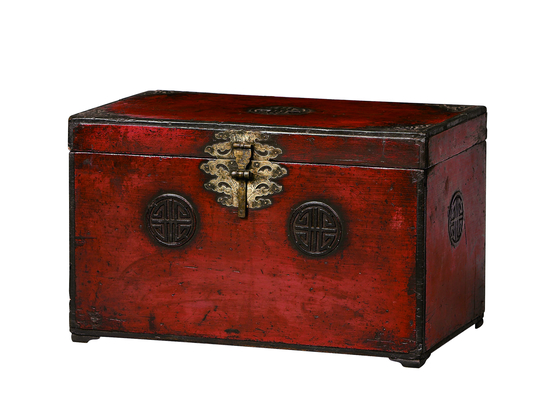 
In the third and final section, visitors will be able to enjoy an array of najeon chilgi works. Inlaying mother-of-pearl in beautiful patterns on lacquer-applied wood is one of the most popular techniques of otchil craft. Dating back to the Goryeo Dynasty (918-1392), najeon chilgi were common dowry items among wealthy families in Korea in the 1960s and 70s and common gifts to kings and presidents from the Blue House whenever there were national summits.

“We hope that this exhibition allows visitors to enjoy the beauty of Korean traditional craftworks and admire from a fresh perspective the traditional lacquer art of Korea that meshes together time and technique,” said Kim. “Female visitors can maybe go back home and think about rearranging their makeup table by getting themselves a chic lacquerware makeup chest.”

The exhibit, which kicked off on April 7, runs until Oct. 30 at the Coreana Cosmetics Museum in Sinsa-dong, southern Seoul.