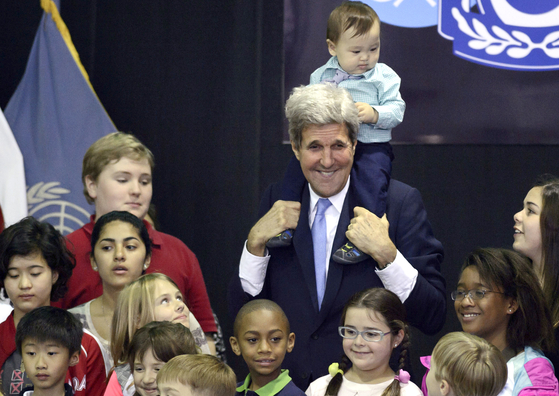 U.S. Special Presidential Envoy for Climate John Kerry, center, poses with family members of the U.S. military and embassy personnel at the Yongsan Garrison in central Seoul, May 18, 2015, during a visit to Korea as President Barack Obama’s secretary of state. [AP/YONHAP]


The U.S. special climate envoy will visit Seoul next week for talks with Korean officials ahead of President Joe Biden’s global leaders’ climate summit next week.

Kerry’s visit comes ahead of the U.S.-led Leaders Summit on Climate to take place on April 22 and 23, also to be attended by Korea's President Moon Jae-in. Biden invited leaders of 40 countries, including China, Japan and Russia, to take part in the virtual summit, which kicks off on Earth Day.

Biden is expected to outline U.S. goals for reductions of carbon emissions by 2030 in keeping with the 2015 United Nations Paris Agreement and underscore the urgency of stronger climate action, as well as the economic benefits.

The visit also comes ahead of the 26th Conference of the Parties to the United Nations Framework Convention on Climate Change, or the COP26 summit, hosted by Britain in Glasglow in November.

The Donald Trump administration withdrew from the Paris Agreement in 2017, and Biden signed an executive order to return to the climate accord on his first day in office on Jan. 20. 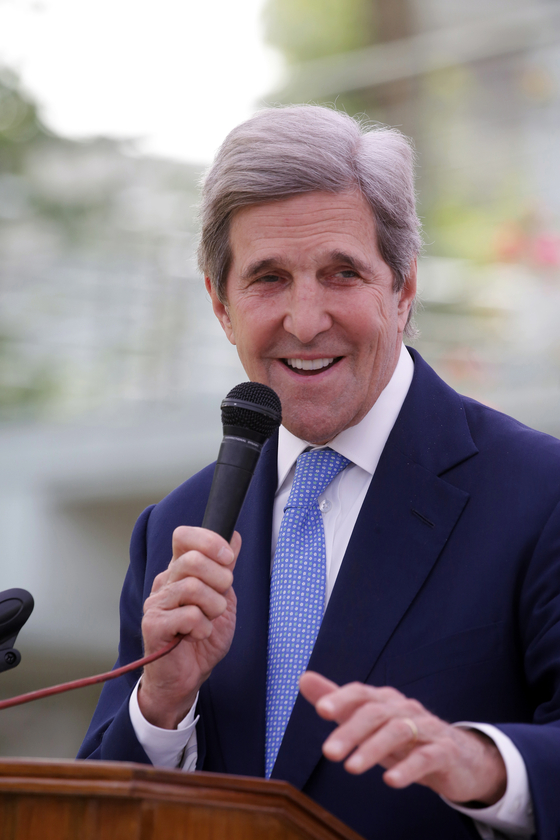 The New York Times reported Tuesday that the Biden administration is nearing agreements with Korea, Japan and Canada to further reduce carbon emission ahead of the climate summit.

In Seoul, Kerry, a former secretary of state under the Barack Obama administration, is expected to meet with Foreign Minister Chung Eui-yong and climate officials here.

Korea will also be hosting the Partnering for Green Growth and the Global Goals (P4G) summit virtually in May.

Kerry's visit to China draw attentions as it will be the first by a high-level official from the Biden administration amid ongoing Sino-U.S. rivalry. He is expected to meet with China’s top climate negotiator Xie Zhenhua.

Washington has come down on Beijing over China’s increasingly assertive actions in the Asia-Pacific region and various human rights issues, but the Biden administration has signaled that climate issues, such as plans to drastically cut carbon emissions, is one of the areas where the two countries share a common interest and can cooperate in.

U.S. Secretary of State Antony Blinken and White House National Security Adviser Jake Sullivan met with Yang Jiechi, director of China’s Office of the Central Commission for Foreign Affairs, and Wang Yi, the Chinese foreign minister and state councilor, in Anchorage, Alaska, last month, the first high-level face-to-face talks between the two countries since the launch of the Biden administration.