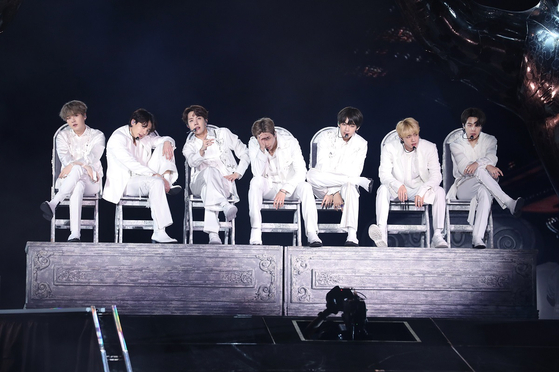 BTS members perform during the band’s world tour concert “Love Yourself: Speak Yourself” in Sao Paulo, Brazil, in 2019. It was streamed on Saturday as part of the ″Bang Bang Con 21″ event. [BIG HIT MUSIC]