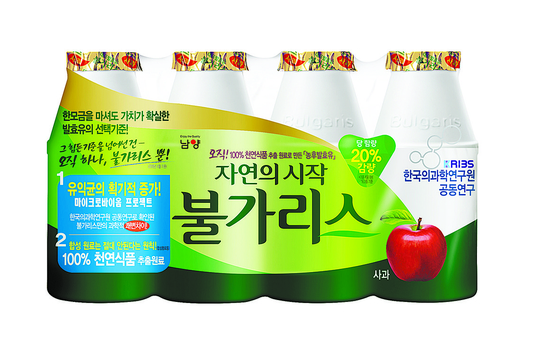 
Sejong City may impose a two-month suspension on the operation of a Namyang Dairy Products factory following a claim that one of its products is effective in preventing Covid-19 infections, according to local media reports.

Namyang runs a factory in Sejong.

The suspension was announced a week after a researcher from Namyang’s internal research institute claimed that the company’s Bulgaris dairy drink reduces the chances of a Covid-19 infection by 77.78 percent. The researcher also claimed that the drink helps remove 99.999 percent of Influenza A (H1N1) virus present in the cells tested.

In response, the Ministry of Drug and Safety requested Sejong City take an administrative measure against Namyang over the company’s possible violations of advertising laws.

The company’s “sales generated in Sejong are said to be larger than factories elsewhere,” according to a spokesperson for the city government. "A two-month business suspension is the strongest action taken for violating food advertising laws.”