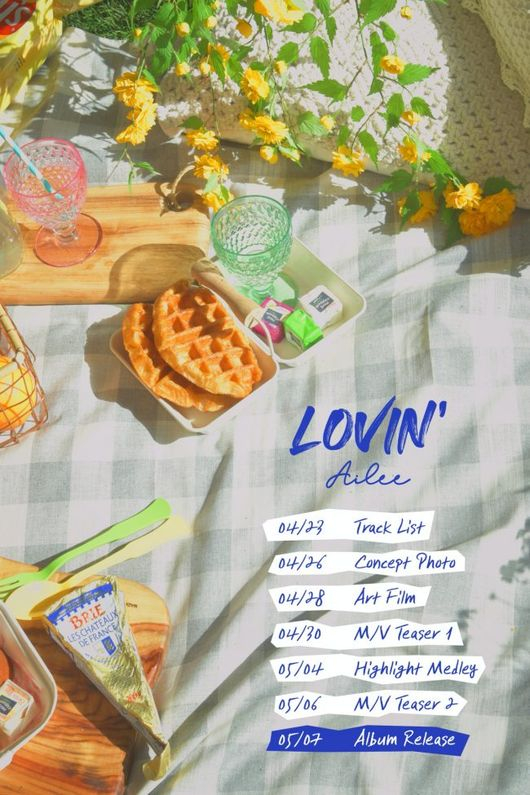 The schedule ahead of the release of singer Ailee's new album ″Lovin″ on May 7. [ROCKET3 ENTERTAINMENT]


Singer Ailee is set to drop a new album on May 7.

After recently working on music for movies and dramas, Ailee's agency Rocket3 Entertainment announced Monday that the singer will release her album "Lovin" next month. It also revealed her upcoming schedule.

Teasers for her new music video will drop on April 30 and May 6, and a sneak peek of the melody will be shared on May 4.