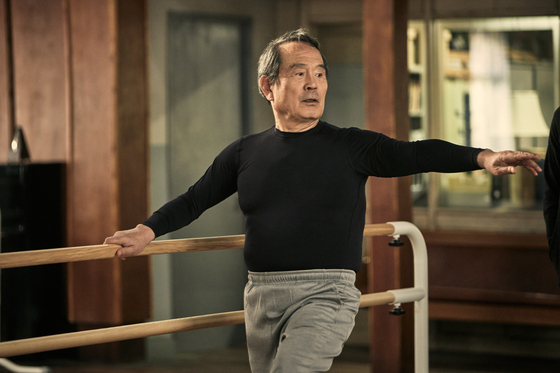 
During an interview with local press held on April 19 in Nonhyeon, southern Seoul, actor Park In-hwan got up to stretch his arms above him, reenacting a ballet move for reporters. A round of applause ensued while Park stood proudly and explained how the move is done.

“It looks easy to stand on the tips of your toes and stretch your hands out, right?” he said. “If you try it, you’ll see just how difficult it actually is. But this is how you get to turn and learn the next moves. The important thing is where you look. If you look far in front of you, you can straighten your back and extend your neck.”

Park, 76, has been featuring as the protagonist of tvN’s ongoing drama series “Navillera,” which is based on the Daum Webtoon series of the same title. Park plays the role of 70-year-old Shim Deok-chul who is secretly fighting Alzheimer’s. Dancing ballet has been his lifelong dream and he decides to defy social conventions and opposition from his family to achieve his goal. He meets 23-year-old Lee Chae-rok (actor Song Kang), an aspiring young ballet dancer who has talent but not the knowledge on how to pursue a career in the ballet world. The friendship between the two characters drives the plot, as the story hastily trots along to the progression of Deok-chul’s disease.

“I thought ballet was just for women,” said Park. “But there was a line in the drama where Deok-chul said, ‘Let’s at least try.’ And I felt like that I wanted to at least try.” 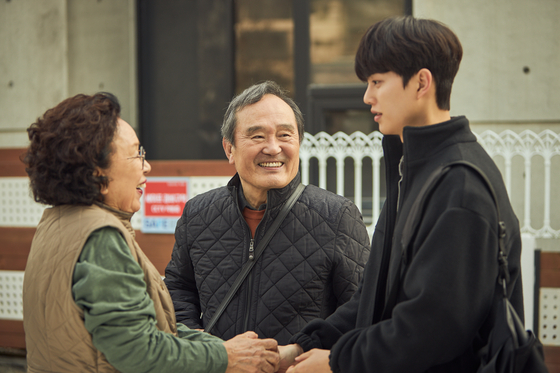 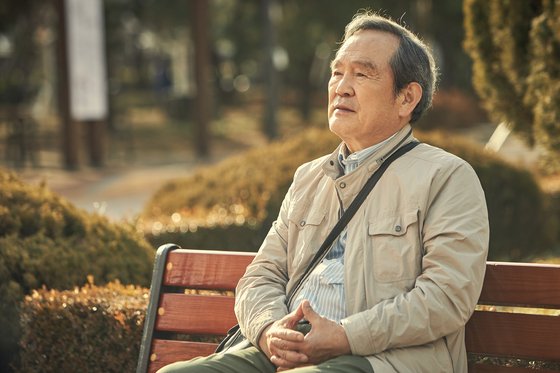 
In both the webtoon and drama, Deok-chul’s dedication to learning ballet despite his age and worsening memory touch every reader and viewers' heart. His devotion not only leads him to learn him new moves, but also changes the minds of the people around him. Park prepared himself physically by playing tennis and changing his diet, while attending ballet classes two days every week for six months. His practice at home led his wife to worry that “The people living downstairs might get mad.”

“I wasn’t sure whether I could do it, because it was obvious that it was going to be difficult,” said Park. “It’s risky for an old man to do ballet at an age where your bones get stiff and your muscles don’t listen to you. But I read the original webtoon and it was just so much fun. I always get the role of fathers in dramas and I thought, ‘When would I get the chance to play such a character ever again?’”

Veteran actor Na Mun-hee also encouraged Park. Na plays Deok-chul’s wife, who is against his decision at first but becomes supportive after she learns about witnessing her husband’s sincerity. “Navillera” marks the ninth time for Na and Park to play a couple.

“My granddaughters often copy me when I'm doing ballet,” Park said proudly. “They said that I looked nothing like Deok-chul when they saw the webtoon. But now, they play the ballet scenes over and over (laughs).” 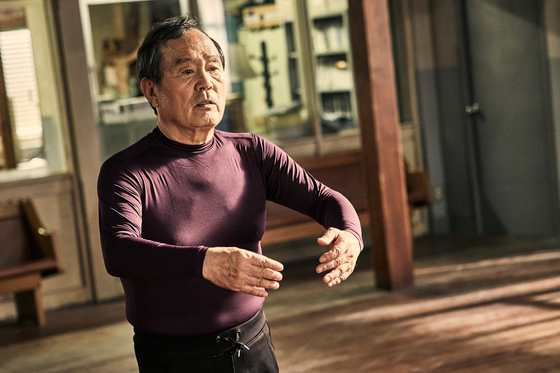 
Filming was harder than Park anticipated. It is his first lead role in 20 years and Park said he'd forgotten how long shooting takes. Much of the filming was shot outside Seoul due to Covid-19 restrictions and that meant a lot of time was spent on the road.

“I wished it would just be over when I was shooting,” he said. “When I had to shoot a dance scene more than 10 times, I complained and said, ‘Are you trying to make a piece of artwork or something?’ But the end result was always so good. I could feel the sincerity.”

Deok-chul is so popular as a character because he's not just an elderly man challenging himself. He truly listens to other people’s stories and comforts them with sincere and kind words that are not just blurted out in the moment. When Chae-rok is struggling, when his daughter-in-law has to come to terms with the fact that she can’t pursue the career she wants and when his granddaughter feels beaten because she can't find employment, Deok-chul is the one who’s there to listen.

“I was surprised that young people liked [Deok-chul],” said Park. “A lot of people just overlook others’ problems but Deok-chul actually goes one step further and gives advice. It’s not just old people that struggle, young people struggle, too. They go to university and study hard but they can’t get a full-time job or a part-time job. Life is difficult for them. I hope that a lot of dramas like ‘Navillera,’ where people learn to understand each other, are released. I’m reading online comments for the first time in my life. They’re calling me cute.”

Park expressed joy at the fact that a lot of work that centers on older characters are becoming popular, such as the 2019 play “I Love You” and 2018 film “Be-Bop-A-Lula.”

“One out of four people in Korea are seniors,” he said. “That’s how many seniors there are now. Dramas, films and plays are all works that reflect on contemporary society. I hope that subjects become more diversified, such as care facilities or nursing homes.”

“In the past, young actors would paint their hair grey and draw wrinkles on their faces to play old people, but I think we’re finding our place in society because now we play the roles ourselves. Youn Yuh-jung has always been good. She’s smart and detail-orientated.” 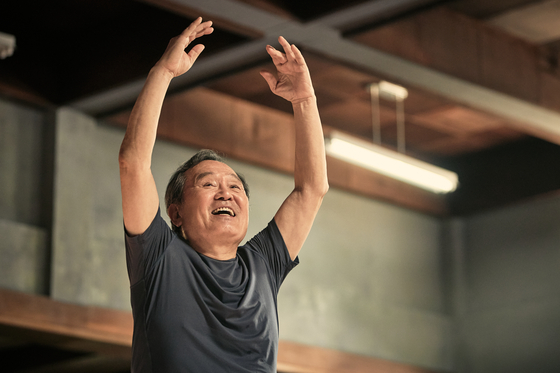 
When asked whether there were any new challenges he would like to take on, he answered that “acting itself is a challenge.” He started his acting career 56 years ago when he first applied to the department of theater and film (now college of arts) at Chung-Ang University. His mother doubted him, saying, “You can’t sing or mimic others. You have no place there with no talent or backing.” He told his mother, “I’ll give it a shot.”

“My father passed away while I was serving my mandatory military duty,” he said. “I thought I would have to transfer to a business school so that I could maybe get a job at a bank to make a living. But a theater called me and I performed for three months around the country. It wasn’t a lot, but the theater paid me. I went back to acting and that’s led me here.”

He said his journey has been rocky. He started off with plays then made his way to television after he was told that he was a good actor “but was embarrassed.” He soon moved onto films and that presented him with another set of difficulties. What kept him going, however, was the same mindset that Deok-chul had: “I want to fly just once before I die” — a line from “Navillera.”

“I’ve never been first in my life,” he said. “I wasn’t the smartest and I wasn’t the fittest. But I wanted to be better so I thought to myself that if I kept going today and tomorrow, then I would get ahead somewhere along the way, just like the tale of the hare and the turtle. If you have it all, then you can give up. If I had the money and the fame, then I could maybe say that acting’s nothing. But I’ve never had any of that so that makes me want to fly higher and that makes me stronger.”