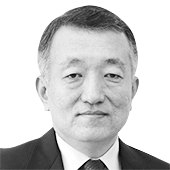 
The South Korean vaccine taskforce earlier this month asked U.S. drugmaker Pfizer to increase and speed up vaccine shipments. But the company coolly responded it does science not diplomacy. The government soon announced it had signed a contract with Pfizer for additional vaccine doses for 20 million people in the second half of the year. But whether the increased supplies would be coming in July or at the end of the year is unclear. “We cannot know until the shipments land here,” said Kim Woo-joo, a professor of medicine at Korea University.

There is no news about the 4 million doses of Moderna vaccines supposed to arrive in May after President Moon Jae-in’s two-minute videoconference with CEO Stéphane Bancel in December. Acting Prime Minister Hong Nam-ki said the supplies will arrive in the second half. But again, that’s unclear if the United States starts booster shots in the latter half. Bancel said the company would first give the May yield of 100 million doses and another 100 million in July to Americans. As Moderna vaccines were already supplied to 36 nations, the government lost a chance to get them earlier.

U.K.-based AstraZeneca still seems to have the upper hand despite blood clotting symptoms from its vaccine. Its CEO refuses calls or requests for meetings due to hectic cries for more vaccines. Novavax also pushed back its delivery for 20 million Koreans to the second half. A taskforce official said that being a startup, Novavx lacks administrative capacity and cannot file for emergency authorization by Korean authorities for the use of its vaccine. The government is blaming the drugmaker for the slow delivery.

The vaccine debacle calls for an official probe. First, there should be an explanation of the discrepancy between what Moon promised and the reality. The president repeatedly said the government has secured enough vaccines. But last week, he asked authorities to study importing Russian vaccines. He also found fault with the slow administration of vaccine programs as if inoculation did not progress even though vaccines are fully stocked. But Korea was the last among 37 OECD member countries to launch a vaccine program. It ranks around 100th with a poor vaccination rate of 4.4 percent. About 95 percent of the population has never seen a vaccine. The New York Times called Korea a “laggard” in its vaccine campaign. Either the president is unaware of — or hiding — the fact. Neither can be pardoned.

Second, the government’s slow start in procurement must be looked into. Former Health Minister Park Neung-hoo said Pfizer and Moderna approached us first with their vaccines. Former Prime Minister Chung Sye-kyun said the government didn’t feel the need to rely on vaccines as daily cases stayed at around 100 a day last July. But around that time, Singapore — the frontrunner in Asia with its vaccination rate of 23.9 percent — already signed contracts with Pfizer and Moderna. The comments from the two top officials suggest the government did not act even when there was a chance to secure vaccines. The government was over-confident about its public health measures and did not wish to pay too much for vaccines in the early stages. Vaccines for 79 million people cost 3.8 trillion won ($2.7 billion), according to the Korea Disease Control and Prevention Control Agency. The government has spent 51 trillion won in Covid-19 relief funds. More than 28 trillion won would go to building the new Gadeok International Airport off the coast of Busan. It should have used some of the money to buy the vaccines even at double or triple the price. It would have been possible if the commander in chief made the order with a promise to take responsibility. Lack of leadership, misjudgment from ignorance and complacency have led to the disaster. Since the taskforce meetings are recorded, the minutes must be examined.

Why the government relied more on a Covid-19 cure than vaccines is also a mystery. Moon expressed expectations for Celltrion’s regdanvimab Covid-19 antibody treatment candidate. The cure has been employed since March to treat patients in serious condition upon receiving conditional approval from the Korean Ministry of Food and Drug Safety in February. But doctors complain they cannot administer them due to strict guidelines.

The cure can ease the condition but cannot prevent the spread of the virus. It never could have been a game-changer. An association of healthcare organizations criticized the government for having over-hyped expectations for the cure. In an interview in November, Celltrion Chairman Seo Jung-jin said South Korea will be mask-free and virus-free from spring once the cure is rolled out. Former Democratic Party chief seconded his comment. But how can a country battle a virus with a cure? Seo claimed that vaccines would be enough and treatments short.

Moon commented on the Sewol ferry disaster to stress that the Blue House must have the top command in major disasters soon after he was inaugurated in office. Even without his remark, the presidential office is fully responsible for the vaccine program. It must not think it could get away by floating a half-backed idea of swapping vaccines with the U.S. At this rate, South Koreans would be isolated when foreigners become free to travel with vaccine passports.

Acting Prime Minister Hong argued that the vaccine program was progressing as planned. But does that mean the government planned to have one of the slowest vaccine programs from the beginning and is satisfied with the current pace? Moon warned against politicizing vaccines. But there are too many questions that need to be answered. The government barks at fake news or wasteful wrangling if worries about vaccine are raised. Yet nobody explains and apologizes for the laggard vaccination rate.