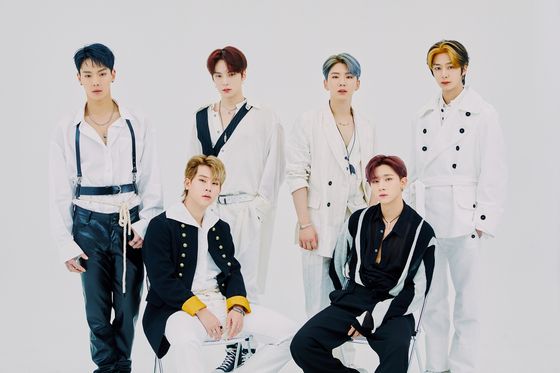 Boy band Monsta X will be the only performer to take part in the online "Time100 Talks" event, taking place on Wednesday at 6 p.m.

U.S. magazine Time will hold a session with leading figures in various fields under the theme "Finding Hope" to "spotlight solutions and encourage action toward a better world."

"This event will focus on the importance of global cooperation and how we can build back better after Covid-19 pandemic and the economic downturn," Time said. 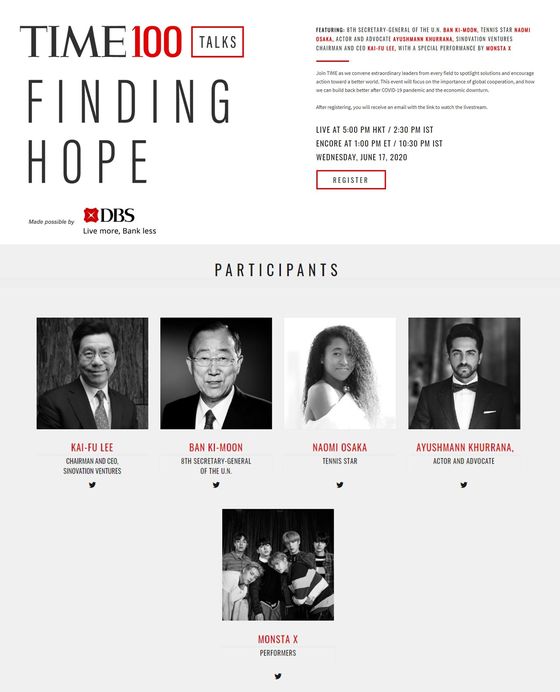 The participants of the "Time100 Talks" session [TIME]


"Monsta X will participate as the only performer in this global event, alongside the highly influential people," the band's agency Starship Entertainment said.

"The band will prove its global popularity by pulling off both the opening and closing performances."

Monsta X recently dropped its EP "Fantasia X" last month, topping charts in and outside of Korea with its lead track, "Fantasia."

The band released its first English album "All About Luv" in February this month, landing at No. 5 on Billboard's 200 albums chart.