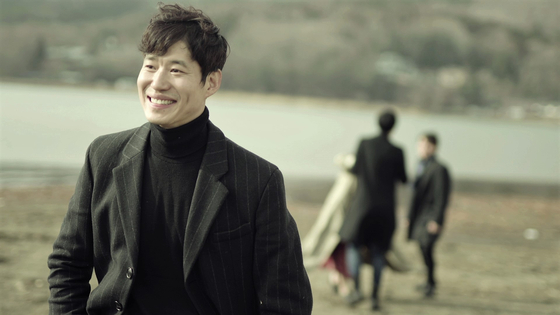 
Actor Yoo Jun-sang's saw his first theater release as a director on April 21.

In “Spring Song,” Yoo also starred as one of the lead characters. The movie, the third that Yoo has directed, tells the story of a band’s journey to make a music video.

Yoo plays a character named after himself. He departs for Mount Fuji in Japan to film a music video for a band called J n joy 20 after hearing one of its songs from a friend.

He randomly calls up a fellow actor Kim So-jin to join and feature in the music video and despite being unprepared and improvising, his colleague empathize with his passion and help him complete the video.

The actor-director filmed over two terabytes worth of video a day and the editing process took over two years. He shared more about making the movie and his experience as a director in an interview with the Ilgan Sports. Below are edited excerpts.


Q. What does it feel like to have the movie you directed released at local theaters?


A. I didn’t really feel anything. I woke up early and went hiking. Spring really is here. I hope that many people watch the film.


Why did you want to make this movie?


Whenever I watch a music video, I am always curious what words actors might say [in the situation since no one talks in a music video.] Then I came to think more about adding lines to the videos. I wanted to use the emotions these actors have to make a script for a music video.


Was the process of making the movie smooth?


It took two years to get the work done after the actual filming was finished. We had to think from the very beginning about the very last scene we were going to use for the music video. It was more difficult to make all the puzzle pieces fit together than I had originally thought. There were about 300 different images in my head so I couldn’t use all of those. Each time we filmed, I had to think a lot. Then I started to think about how important the music was going to be. So we didn’t use the music we originally made which was about four minutes and 30 seconds long. We made a tune that’s about 13 minutes long with an orchestra sound in the background. I thought such prologue music for the music video would make the movie even more exciting. 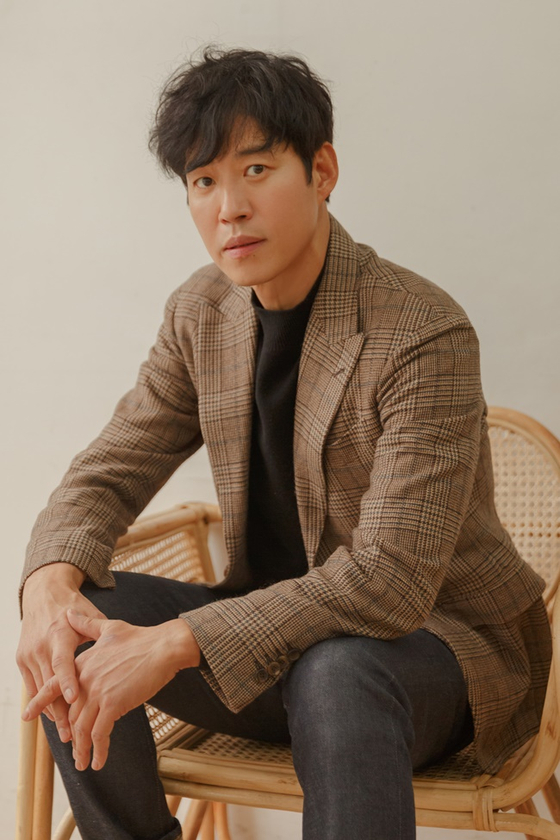 Was it difficult to do both act in and direct a movie?


I felt a big burden. No matter how passionate I am, I can’t cover up my physical strength [which weakens as I age.] So I always take time to look back on how I did. There's so many things that I want to do, but that passion can actually work as an obstacle against me to actually get one thing done right. I thought a lot about how to manage my time. Making a movie is just one of my goals among many. But that cannot get in the way of my life as an actor. There is always a debate how I manage to do both.


Is there a reason why you chose Mount Fuji as the setting for the movie?


The movie tells a story of what’s changed over time and what doesn’t change. The top of Mount Fuji has snow that never melts. But right below the top, the area experiences four seasons. I think in this setting, the story I wanted to tell could be well shown. I think about how I need to change constantly but at the same time I always think whether I am in the process of changing some part of myself that doesn’t really need to be changed.


It seems many scenes in the movie was improvised. Were they?


Not that many things happened in an impromptu manner during filming, but there were some scenes that I wanted to improvise in the moment. That was when I asked actor Kim So-jin to cry. We needed that scene to connect other scenes. Kim asked why she had to cry, and I just told her to try it out because life isn’t always filled with pleasant things. 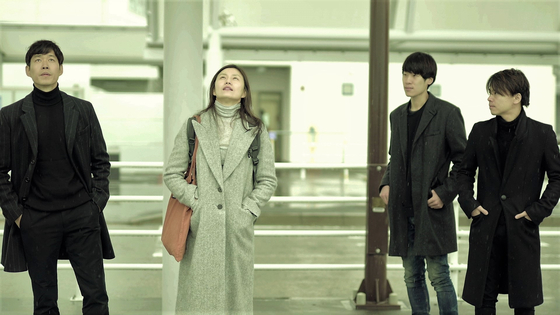 Where did your passion for directing movies come from?


I majored in movie directing in college. I really studied competitively. Since there are so many talented directors out there, I became to think that I need to incorporate music to make my skills different from others. That’s how I got started. I first directed a movie when I was 47 and here I am. I said I would make movies until I turn 70, and that doesn’t give me that much time to make many more. Maybe I can do 10 more movies, tops. When I think I can translate the ideas I have into a movie well, then I’ll take on the challenge of directing again.


Do you have a particular style when it comes to making movies?


When I looked back at what I filmed, I had about two terabytes worth of video. That’s a crazy amount. So what I do is to have as few staff as possible. That isn’t because I don't have enough budget. I needed a small number of people to film everything I wanted to film, which is a lot, in a set amount of time. I really do film so many different cuts. I have never felt that I was any different from others but those who are on set have told me that my set is “interesting.”


Are you determined to always direct movies centered around music?


I think my fourth movie will be inspired by a musical and will be filmed in South America. I’m also preparing to do a weird comedy. For both movies, I’ll work on the music first. I think that’s how I can show my true colors.


Why do you think you've remained scandal free despite having worked in the entertainment industry for so long?


I think it's because all the time I think that I’m with audiences at home and at theaters. But there is no perfect human being. But because the audience is always there, I really do my best to show a more improved version of myself in each work. Sometimes that works to push myself forward, and sometimes I’m still in the same place where I was before even with all those efforts. I just want those efforts to be shown.