More dramas taking the eye-for-an-eye approach, but at what cost?

More dramas taking the eye-for-an-eye approach, but at what cost? 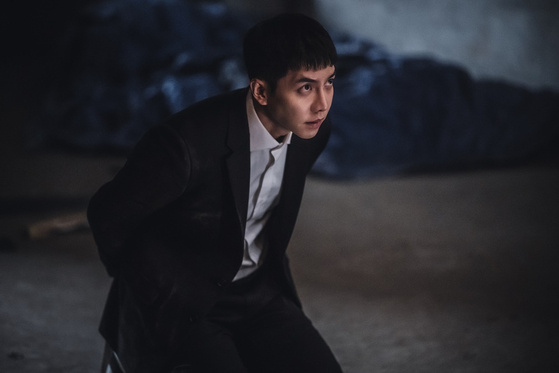 
Eye for an eye, and a tooth for a tooth is the common belief that the “dark heroes” of drama series live their lives by. From actor Lee Je-hoon in SBS series “Taxi Driver” to Song Joong-ki in tvn series “Vincenzo” and actor Lee Seung-gi in tvN series “Mouse,” they stop at nothing when they witness injustice. If they can’t bring people to justice with the law, they don't hesitate to find other ways to do what they believe is right. Using any means possible to achieve their goal — the justice that they dream of offers catharsis to viewers.

In “Taxi Driver,” what appears to be a regular taxi agency on the outside is actually an avenging agency in which the customers — the victims — request their revenge and the driver carries their requests out for them. The agency is funded by the Blue Bird Foundation, established by the families of the deceased, which supports the victims of crime and does everything it can to prevent the proliferation of another victim. Rather than killing the perpetrators, they are subjected to the same crime that they committed.

From exploitation of the disabled to school violence and bullying within the workplace, the misdeeds people commit vary. And accordingly, Kim Do-gi (played by Lee Je-hoon) camouflages himself as a high school math teacher, a general of the Special Forces, a businessman and a store owner to dole out the “punishments.” 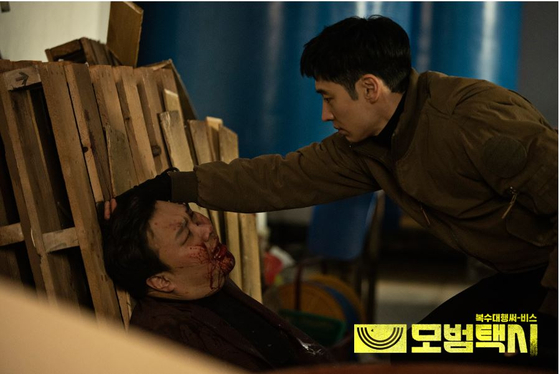 Lee Je-hoon as the taxi driver who carries out acts of revenge on behalf of his clients in SBS's "Taxi Driver." [SBS]


According to market researcher Nielsen Koreanclick, the first episode of "Taxi Driver" saw a viewership rating of 10.3 percent which increased to 16 percent by the time the sixth episode aired.

While “Taxi Driver” focuses on cases of social injustice, “Vincenzo” focuses on the development of the dark hero. Heartless lawyer Vincenzo, a member of the Italian mafia, finds his softer side as he interacts with the locals.

He first returns to Korea from Italy for his own personal interests but after witnessing the corruptive practices of a conglomerate called “Babel,” which has formed a cartel as big as a mafia, he takes the side of the weak. 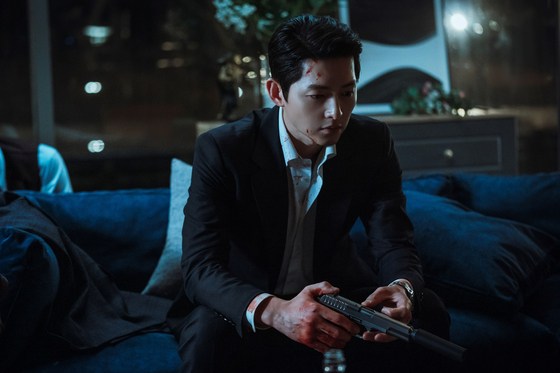 
Vincenzo, who turns to violence and destruction to avenge the victims of Babel, is a level-up from writer Park Jae-beom’s prior heroes such as manager Kim Sung-ryeong (played by Nam Koong-min) from the accounting department of TQ Group in KBS series “Good Manager” (2017) or priest Kim Hae-il (played by Kim Nam-gil) from SBS series “Fiery Priest” (2019).

“Mouse” portrays the most extreme form of dark hero. Genetics specialist and criminologist Daniel Lee (played by Jo Jae-yun) uses the killer instinct of police officer Jung Ba-reum, who was born with the psychopath gene, to murder criminals.

If Vincenzo arrested the evil and left the final judgment to a higher being, Jung Ba-reum takes another step to become the God, to judge the right and wrong for himself. Dialogue featuring sarcastic takes on Bible verses often appear in the series.

While experts welcome the new characters and genres, they have also voiced concerns over the very personal revenge these dark heroes seek, mainly because of the escalating level of violence surrounding these stories.

“As over-the-top (OTT) platforms become the norm, the distinction between television series and films are fading,” professor Yoon Seok-jin of Chungnam National University’s Korean Language and Literature said. “Although there has been content that criticizes or discredits authority in prior television series, as more types of content proliferate, more provocative, R-rated issues began to appear [...] The scenes of violence inflicted against the victims or the families of the deceased has also become more explicit.”

“If the law was adhered to justly and fairly and those who deserve to be punished got what they deserved, everyone would rely on the judicial system,” forensic psychology professor Lee Soo-jung at Kyonggi University said. “But the process is slow, and the penalty for the perpetrators rarely reflects their crimes.

“However, even if there is a just cause behind personal revenge, the act itself is illegal, so there can never be a justification for such actions,” she added. “Especially in ‘Mouse,’ there are too many scenes where children are the victims and it’s also dangerous to redeem murder with another murder.”

“Although [the stories] reflect the reality where one must punish evil with another evil, they need to propose an alternative like JTBC’s ‘Beyond Evil,’ where the characters are punished and held responsible for the illegalities they commit," drama critic Gong Hee-jung said.

Kwak Dong-yeon learns to love acting and steals the spotlight