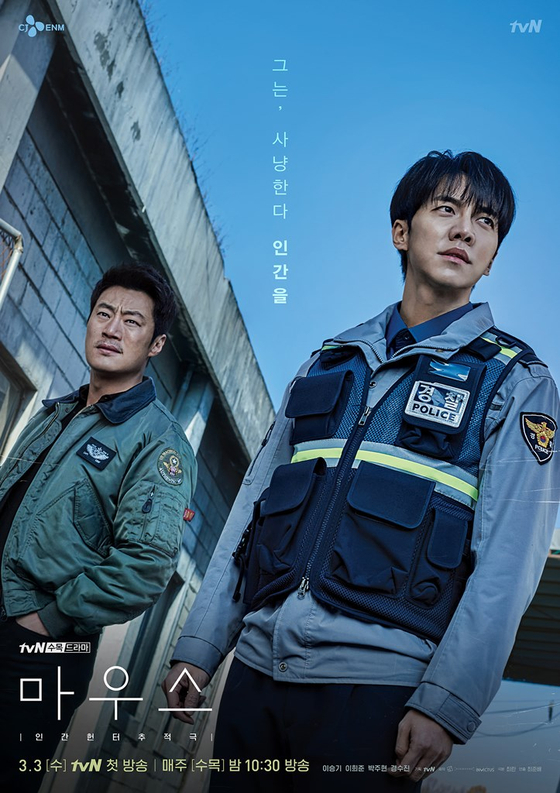 
TvN’s thriller series “Mouse” (2021) is the only Korean drama to be nominated at the 11th Series Mania 2021 in the “International Panorama” category.

Series Mania 2021, which will run in Lille, France from Aug. 26 to Sept. 2, is an annual French television festival where fans get together to choose the best international television series of the year.

“Mouse,” starring actor Lee Seung-gi, follows a psychopathic police officer, while also drawing on the pain of family issues. Broadcasted last March through May for a total of 20 episodes, the highest viewership rating for the show was 6.7%.

Frederic Lavigne, artistic director of Series Mania, praised “Mouse” for “keeping viewers immersed with its endless plot twists,” and “the actors’ capability of playing a diverse range of characters.” He added that “Mouse” proved Korean television’s talent with its captivating plot and its take on ethical issues.

“We are pleased to introduce ‘Mouse’ to not only French viewers but also to content industry officials all around the world with this nomination,” said Kim Do-hyun, global sales director at CJ ENM, of which tvN is a subsidiary. “We plan on putting more effort into overseas sales and marketing so that Korean content of various genres will gain more recognition.”

Director Jung Ji-woo's 'Somebody' to be released on Netflix on Nov. 18

Park Su-hong in hospital after alleged assault by his father