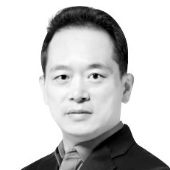 I interviewed experts and wrote a column when Bitcoin was all the rage four years ago. I remember having advised the promotion of blockchain technology that sets the foundation for digital coins as well as systematization of the trade. Cryptocurrency went underwater after that. The digital coins surfaced back in full force since late last year. Their value shot up as a number of multinational financial and IT companies began to accept them for transaction. Cryptocurrencies began to join the legitimate market in the United States, Japan, Germany, Singapore and Hong Kong.

Although the coins have become more commonplace, they have not replaced legitimate currencies yet. Put simply, real money is needed to buy virtual currency. Digital assets cannot be a substitute for legitimate currency that stores value and pays interest. Still, cryptocurrencies are being accepted as virtual assets or for trade by some financial and IT companies, as a supplement to real money.

Crypto exchanges are where the action is today. A sudden flood of news related to cryptocurrencies show how the exchanges have sprawled under negligence of the government. In the U.S., Japan and Germany, issuing crypto must be reviewed and certified by financial authorities. Assets not certified cannot be traded there. 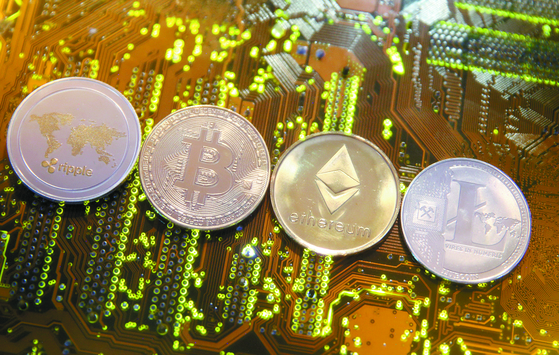 In Korea, regulations are zero. Exchanges total about 200 and can list or delist new coins at will. Victims have nowhere to turn. The government had warned that it would ban crypto trade four years ago, and now says it cannot protect investors of virtual asset. Crypto currencies exist beyond the law in Korea.

The market is more or less a gambling place. The only goal is to make big money. Card games or slot machines at least require picture-matching.

But the crypto trade is simple. You buy cheap and sell expensive. It is not any different from a Ponzi scam. Early birds make big money by luring in novices.

The tail is wagging the dog. Crypto currencies are just a byproduct of blockchain technology. There is less interest in the base technology and ways to promote its applications. As seen in the case of Dogecoin, virtual coins can be produced endlessly by tweaking the algorithms of bitcoin or alternative coins after it. There are over 10,000 altcoins, and many more can easily join the scene.

The government should do what it should. It inevitably would have to counter political pressure. As it was four years ago, the government cannot easily move to regulate the crypto market due to the fear of angering the people in their 20s and 30s. Its lukewarm attitude quite resembles its flip-flop over its lifting of the ban on short selling.

But we cannot let political populism distort the financial market forever. A multitude of investors could be burned from a crypto bust, comparable to the fund frauds of Line Asset Management and Optimus Asset Management. Political excess is primarily behind the mis-selling of questionable private equity funds (PEFs). Highly-risky PEFs cannot be sold to individuals even in the United States. In Korea, politicians revised the law to give money-making opportunities beyond the rich.

Americans went on a hectic stock buying binge upon witnessing even a shoe-shine boy opening an account before the stock collapse that led to the Great Depression in 1929.

Daily crypto trade exceeding the volume on the main stock market cannot be normal. The government must act to regulate the crypto market while promoting the blockchain technology.

If it stalls further, it could be too late.