Korean athletes to shoot for 12 gold medals in Tokyo

Korean athletes to shoot for 12 gold medals in Tokyo 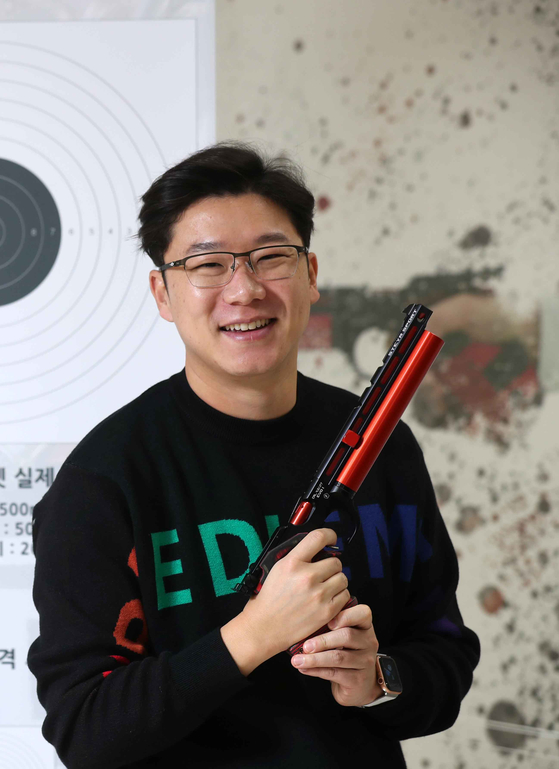 Jin Jong-oh trains at Shin-gu University in Seongnam, Gyeonggi. He is aiming for his fifth gold medal at the Tokyo Olympics. [JOONGANG ILBO]


The Korea Shooting Federation has announced the 15 athletes that will compete in 12 events at the Tokyo Olympics as part of the national shooting squad.

The 15 athletes were selected based on five rounds of qualifications in 10 different events, held from April 16 to 30 at the Changwon International Shooting Range.

Veteran shooter and four time gold medalist Jin Jong-oh is one of the 15 members of the national shooting squad.

This will be his fifth Summer Olympics, also making Jin the Korean to appear at the most Summer Olympics, alongside shooter Lee Eun-chul and handball players Oh Seong-ok, Oh Yong-Ran and Yoon Kyung-shin. Lee Kyou-hyuk holds the overall record, with six appearances at the Winter Olympics.

During qualifications, she had to concede the Olympic berth for the 10-meter pistol, which is normally her main event, but was able to qualify for the 25-meter pistol, an event that Kim Jang-mi brought back a surprise gold in at the 2012 London Olympics.

For the Men’s 50-meter rifle three positions event, Kim Sang-do will represent Korea. He will also compete in the 10-meter air rifle alongside Nam Tae-yun.

Lee Jong-jun will compete in men’s skeet, an event where targets are thrown from traps.

The women’s 10-meter air pistol will feature Kim Bo-mi and Choo Ga-eun, and Kim Min-jung and Kim Bo-mi will compete in the women’s 25-meter pistol .

Mixed events have been newly included in the Tokyo 2020 program, with eight Koreans looking to add two gold medals.