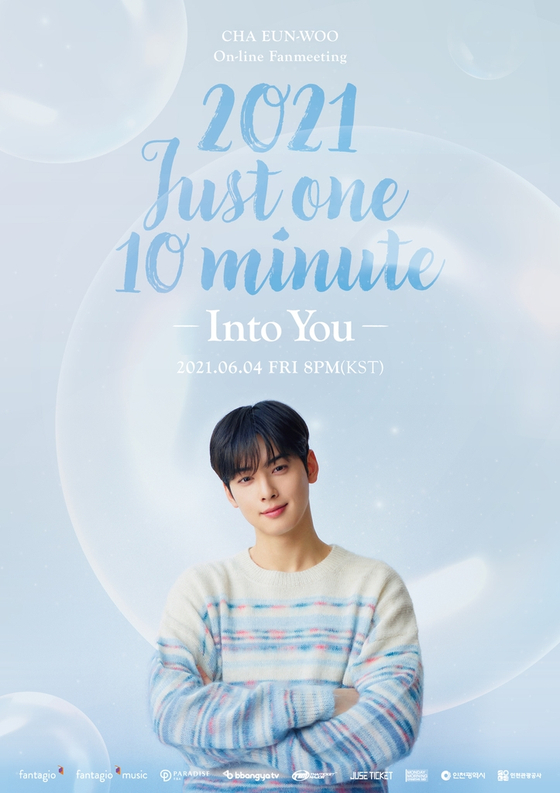 The event is titled “2021 Just One 10 Minute ~Into You~” which is supposed to indicate that Cha plans to share everything about him with his fans who “will be drawn to his charisma after spending just 10 minutes with him.”

The fan meet is hosted by show production company Paradise E&A and will be streamed live in some 150 countries, excluding China and Taiwan, through Bbangya TV. The show will begin streaming from 8 p.m. on June 4.

“It’s been a year and a half since Cha held an individual fan meet,” his agency Fantagio Entertainment said. “We’ve planned numerous corners such as talks, games and stages for the fans.”