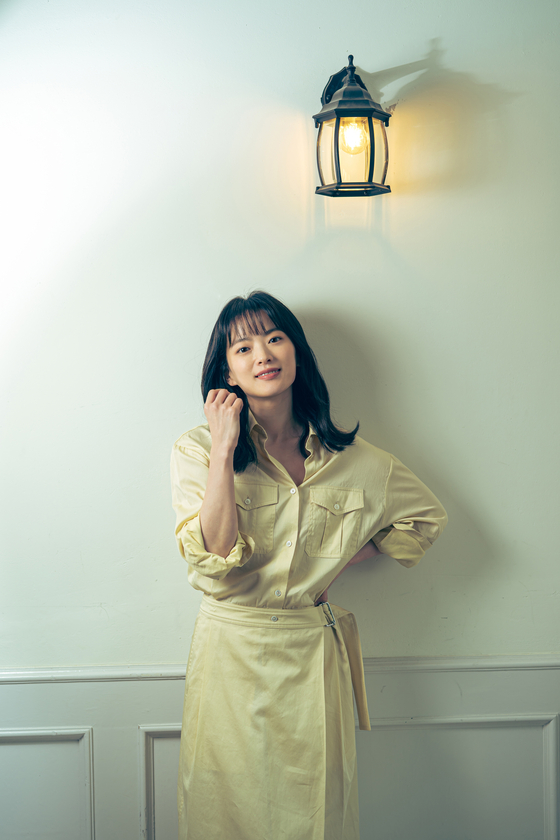 Yet, instead of meeting each other in person and expressing how they feel about each other verbally, in the movie the two share everything through letters.

“We talked with the director, writer and the rest of the crew about how movies these days were made to show everything in one film with a definitive climax,” said Kang during an interview with Ilgan Sports, an affiliate of the Korea JoongAng Daily.

“What this movie presents is a story that makes you feel like you are filled with emotions that may make your eyes tear up. It also made me reminisce on my past experiences.” 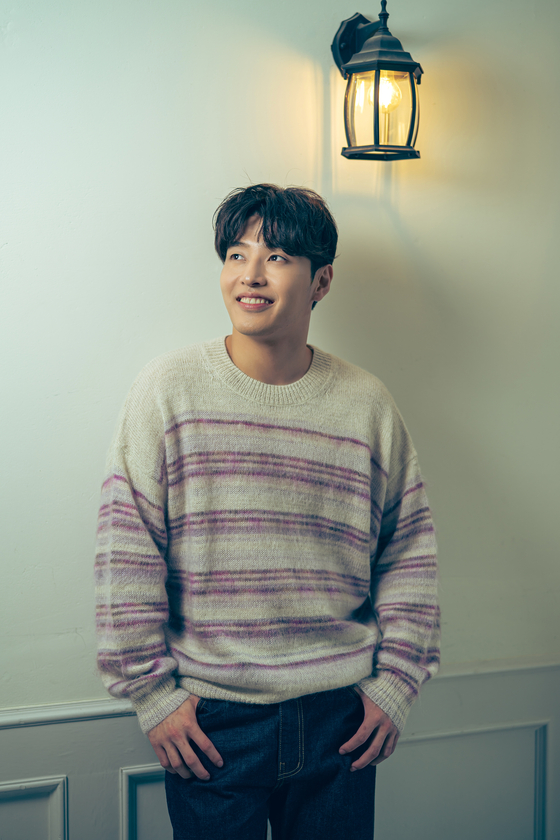 
Chun also saw a new side of herself through the movie.

“It is a movie that tells a love story about young people,” said Chun. “I was happy to see my cheerful self in the movie and I was glad that I got a chance to do a romantic film, which I might not be able to do so often as I get older.”

The two sat down to talk more about their experiences during filming. Below are edited excerpts of the interview.

Q. What was it like to express your feelings through letters instead of meeting each other in person?

A. Chun: It wasn’t too difficult. At first, I was a little lost thinking how I should narrate the movie, but I actually found it much more exciting. It was my first time doing it and that thrilled me. It was a chance where I could express as much as I imagined. Everything was open so it was more comfortable.
Kang: I also felt more freedom. There was no limit to how far I could go when it came to expressing emotions. It really felt like my creativity gene was working hard.

Did you write the letters shown in the movie yourselves?
Kang: How did you know? My handwriting may not look neat enough, but I did it myself. Sometimes I wrote certain things to look more casual, and sometimes I crumpled the paper as I wrote things down. During that process, I was grasping the sense of emotion that I wanted to show in my acting.
Chun: My letters aren't my own handwriting. I really wanted to write them myself, so I even signed up for an online class to learn how to write well. But I guess mine wasn’t good enough in the eyes of the director. (Laughs) So a professional wrote mine. 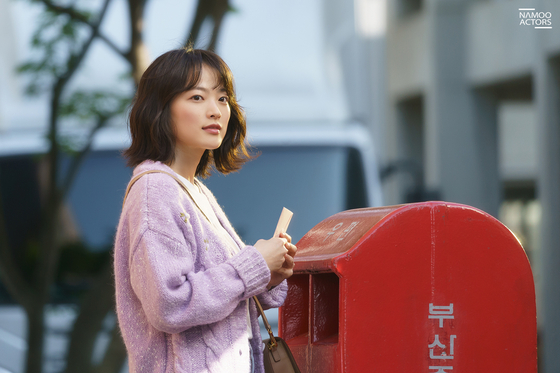 
Do you have any particular memory of writing letters?
Chun: I have not written so many letters, but I always appreciate the ones fans send me. If you think about it, I’m just living a life doing what I do for work. But someone else looks at me doing my job and just likes me for that. That really touches my heart. I also feel I get a hug from fans whenever they share their stories with me.
Kang: In the past, I did handwrite letters to someone I liked. I wrote some famous sayings I must have heard from somewhere else. But I think my character’s letters are on another level. Maybe that’s why this is a movie. 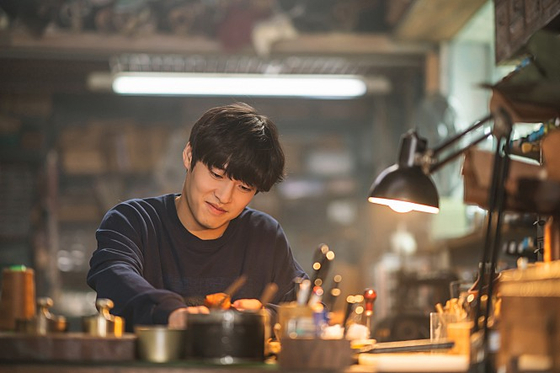 
What was it like to be in a movie that touches a lot on the “retro” style?
Chun: I was very delighted to see it. In the library my character visits, she is surrounded with old fashion magazines, LPs, and even cassette tapes. Those are mostly from the generation before me, but it definitely made me feel weird. It was fun taking a look at analog items.
Kang: The music itself wasn’t so retro, but where the music is used and certain points from the music really made me feel that retro touch. This movie really feels like it could have been a video shared on Cyworld. (Cyworld is an online platform that was the Facebook-equivalent in the early 2000s in Korea.)

What are your daily routines when you are not working?
Kang: Frankly speaking, I don’t do anything more than just spacing out at home. I picture myself being part of a reality show where people share their lives at home, even though I was never asked to be on such show, and I don’t think I can be any fun. I really don’t do anything. I read some books, watch some documentaries, then fall asleep, and wake up and just gaze out the window. That’s it.

What gives you a sense of comfort?
Chun: I feel happy or feel consoled from little things in life. I find comfort from my family, friends, my pet, colleagues who are on the set with me, and the audience who gives me reactions when my work is in theaters. Eating food I want when I’m really tired also gives me comfort. I hope everyone else finds what gives them comfort and has a good life.