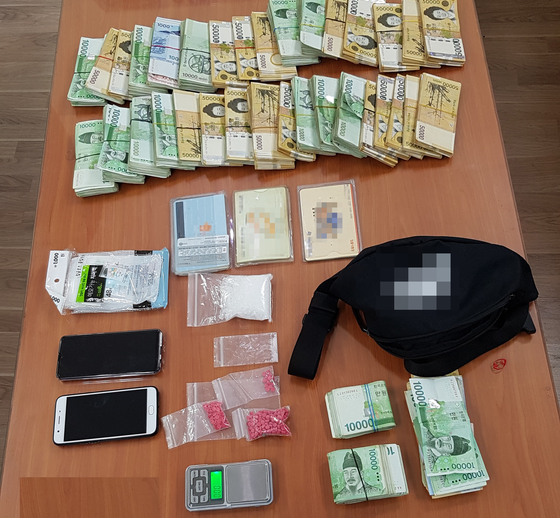 Illegal drugs and money made from illegal sale of drugs in Korea confiscated by the police in Incheon. [INCHEON METROPOLITAN POLICE]


A total of 269 grams (9.5 ounces) of methamphetamine, 416 grams of marijuana, 623 yaba pills and 63 million won ($55,700) was confiscated in the arrests, police said. Manufacturing, selling, possessing and consuming prohibited drugs is illegal in Korea.


“The arrested foreigners had their own networks in Korea,” a police officer told the JoongAng Ilbo. “We are investigating how they were able to smuggle in the drugs.” 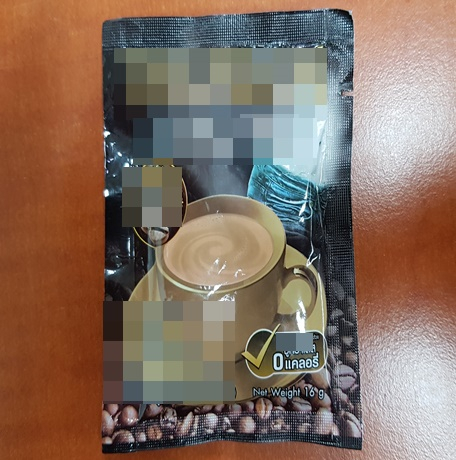 Illegal substances were smuggled into Korea by making them look like something else, in this case a mix coffee product. [INCHEON METROPOLITAN POLICE]

They were tipped off in February about a group of foreign nationals from Uzbekistan and Kazakhstan and other nations in Central Asia, who were said to be trading drugs whilst gambling at sites in Asan, South Chungcheong, Ansan, Gyeonggi, and Gimhae, South Gyeongsang.


From the outside, these locations looked like nothing more than supermarkets that specialized in imported food products. Once inside, however, undercover police officers found drugs being traded at gambling tables.

The police started following another trail in June when a violent fight between foreign nationals in Gimhae was reported. Police suspected that the fight ensued between two gangs which included some Koryoin, or Korean nationals of former Soviet Union states, and began a nationwide investigation on possible gambling sites where drugs were also being traded.

After identifying the sites, the police raided the locations and arrested a total of 23 foreign nationals, including a 38-year-old Russian citizen who ran one of these sites and sold marijuana and other illegal substances to gamblers.

In a similar manner, the police found a group of Thai nationals who were engaged in gambling and illegal drug trade in Korea, and rounded up 32 Thai nationals. Of them, 12 were arrested and 20 booked for smuggling and trading illegal drugs.

The group had a Korean accomplice based in Thailand, who is on the Red Notice wanted list at Interpol.

The case has been handed over to the prosecution.