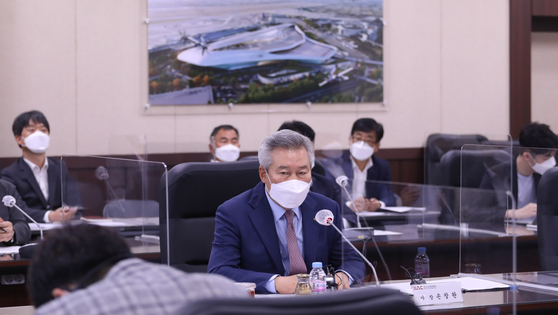 
The Korean Airports Corporation (KAC) will lead a feasibility study to expand an airport in Laos.

The state-run company on Monday said that the Ministry of Planning and Investment of Laos chose KAC to conduct a feasibility assessment of the expansion of the Luangprabang International Airport.

Luang Prabang, which is on the Unesco World Heritage list, is located in the northern central part of the Southeast Asian country.

Other countries that took part in the bidding included France, Japan and Malaysia.

KAC will study how the airport infrastructure can be expanded.

Once the study is complete, KAC plans to form a consortium to carry out a 100 billion won ($89 million) expansion.

Contracts for the second phase of the project have not been signed, but KAC said it is likely to get the project.

“We have come to announce news on our successful foray into overseas airport businesses amid the continued difficulties from Covid-19,” said Son Chang-wan, KAC's CEO, in a press briefing held at the company'S headquarters in Gangseo District, western Seoul, on Monday.

“Once the airport, which already sees 1.2 million passengers annually, is developed, it will raise the accessibility of [the airport] and is expected to improve relations between Korea and Laos,” said KAC in a statement. “As a global airport corporation, [KAC] will actively spread the excellence of Korean airports and develop the global airport market.”

Currently, there is no route between Korea and Luang Prabang.

KAC’s overseas projects include overseeing the construction of Chinchero International Airport in Peru by 2024, and a deal to operate Manta Airport in Ecuador until 2050.

The deal with Laos expands KAC’s footprint to the Asia-Pacific region.

Planes on the fairway

Plans for offshore international airport given the green light