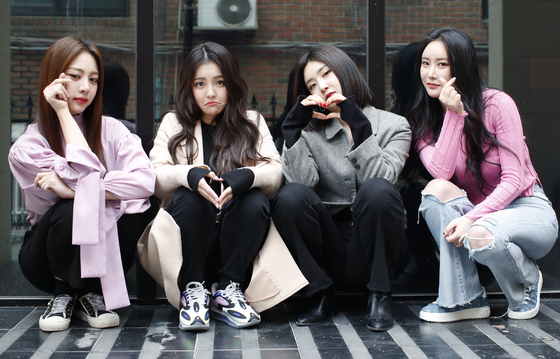 
Brave Girl’s “Rollin’” is queen of the music streaming charts including the Gaon Chart and the Billboard K-pop 100.

According to the Korea Music Content Association, which manages the Gaon Chart, the song topped both the digital and streaming charts from March 14 to 20.

The song has dominated the No. 1 position for two consecutive weeks on the streaming chart, and topped the digital chart from March 14-20, beating out trot singer Lim Young-woong’s “My Starry Love.”

The song also topped the Billboard’s K-pop 100 chart, toppling IU’s “Celebrity,” which was No. 1 for seven weeks.

According to Billboard, “Rollin’” is only the third song from a girl group to reach No. 1 after Oh My Girl’s “Nonstop” and Blackpink’s “How You Like That.”

The K-pop 100 chart ranks the most popular K-pop songs of the week in Korea based on data from streaming, album sales, radio and television.

Brave Girls are enjoying their greatest popularity since they debuted in 2011. A YouTube clip of them performing “Rollin’” at military camps became a sensation online.