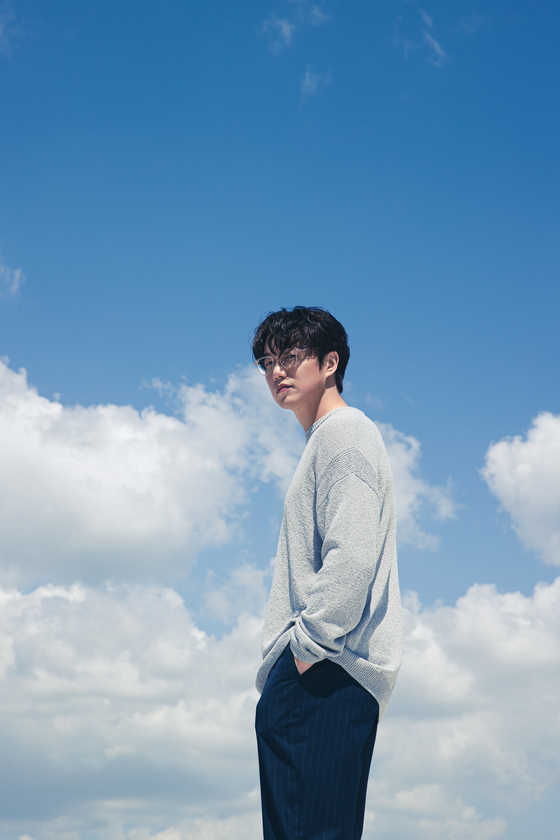 During a press conference Thursday to introduce his eighth album “Siot,” scheduled for release on Friday, the singer shared details of how he felt about the lead track “I Love U,” which is in the dance genre.

The lead track “I Love U” tells a love story about someone without much relationship experience.

“It is the dance music of a 43-year-old,” said Sung, adding that it was originally a slow song but changed to make it cheerful enough to match the choreography.

“Some may burst into laughter because they might think there of course is a limit [on the dance moves a 43-year-old can do], but that’s the whole point. I wanted to show people that I have practiced something so passionately even at this age.”

He thought such attempt to try something unexpected would bring some energy to the lead track. The album consists of 14 tracks including “And We Go.” “Mom and Dad,” and “What a Feeling.”

“I wanted to give people hope,” said Sung. “If people see how hard I try to sing and dance, they can have their own version of hope.”

He also reminisced on the times before every showcase for a new release or press conference goes online.

“This is so new,” he said, adding that meeting people online makes him feel “gloomy” as he can feel that so much time has passed. “I might be an old generation singer. I remember visiting different media companies all day every day to explain more about new albums.”

The singer also explained why he changed his mind about not making an album.

He said the album isn’t put together to deliver a certain message, and instead was made up of songs that appealed to him.

“Instead of my trying to explain what the album is, I want the public to decide to give it a try and listen,” said Sung. “I’ll be waiting to hear what the public thinks of this album.”