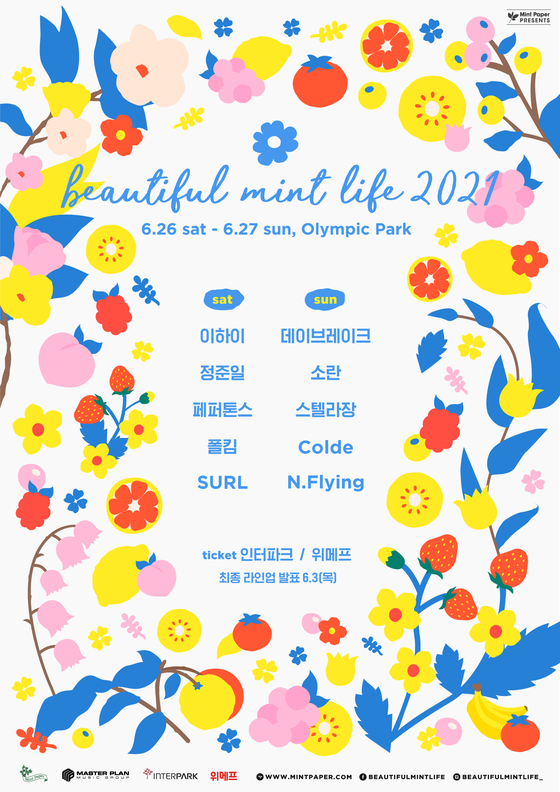 
Fans of music festivals are crossing their fingers that events will resume this year after being canceled for the past two years because of the coronavirus pandemic.

The Beautiful Mint Life music festival, known to feature a refreshing roster of local indie musicians, released the first lineup of artists for this year’s festival, slated to be held on June 26 and 27 at Olympic Park in eastern Seoul.

The first batch of artists include Lee Hi, Paul Kim, Stella Jang, Jung Joon-il, Colde, as well as bands including N.Flying, Daybreak, Soran, Peppertones and Surl. The final lineup will be announced on June 3.

To still minimize the risk of the spread of the virus, organizers decided to set up only one stage and have no standing zones and spaced out seating.