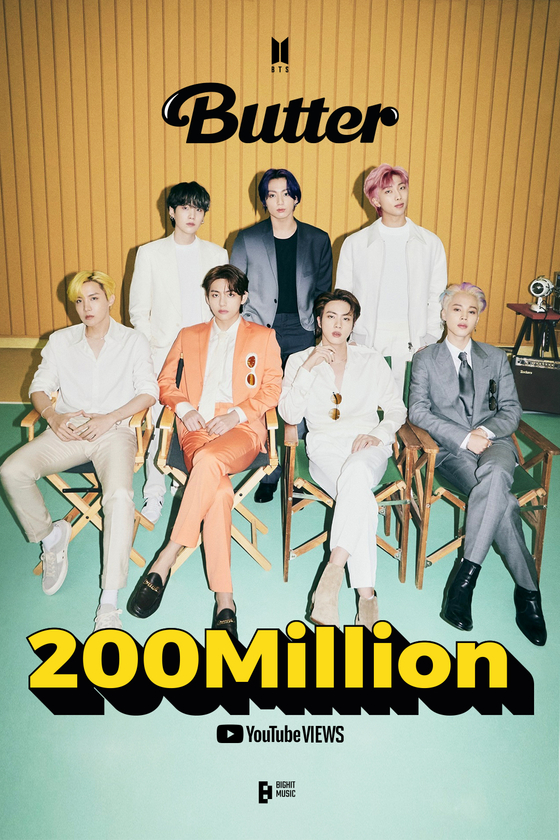 BTS's music video for its latest single ″Butter″ hit 200 million views on Tuesday, four days after its release on May 21. [BIG HIT MUSIC]


BTS's music video for "Butter" surpassed 200 million views on Tuesday just four days after it was uploaded on May 21, marking the shortest time in which the band has achieved such feat.

According to BTS's agency Big Hit Music, the music video for "Butter" reached the 200 million view mark at 2:25 p.m. on Tuesday, four days and one hour after it was released on May 21, 1 p.m.

This broke not only the band's own record of four days and 12 hours previously set by its 2020 hit single "Dynamite," but also set a new record for most-viewed music video in 24 hours on YouTube. "Dynamite" was the previous record holder.

"Butter" was viewed 182 million times within the 24 hours after its release, and BTS now holds the record for both the most-viewed and second-most-viewed music videos in 24 hours on YouTube.

"Butter" also topped the iTunes Top Song charts in 101 regions around the world and set a record for global music streaming service Spotify's number of daily streams, with 20.9 million streams made on May 21.